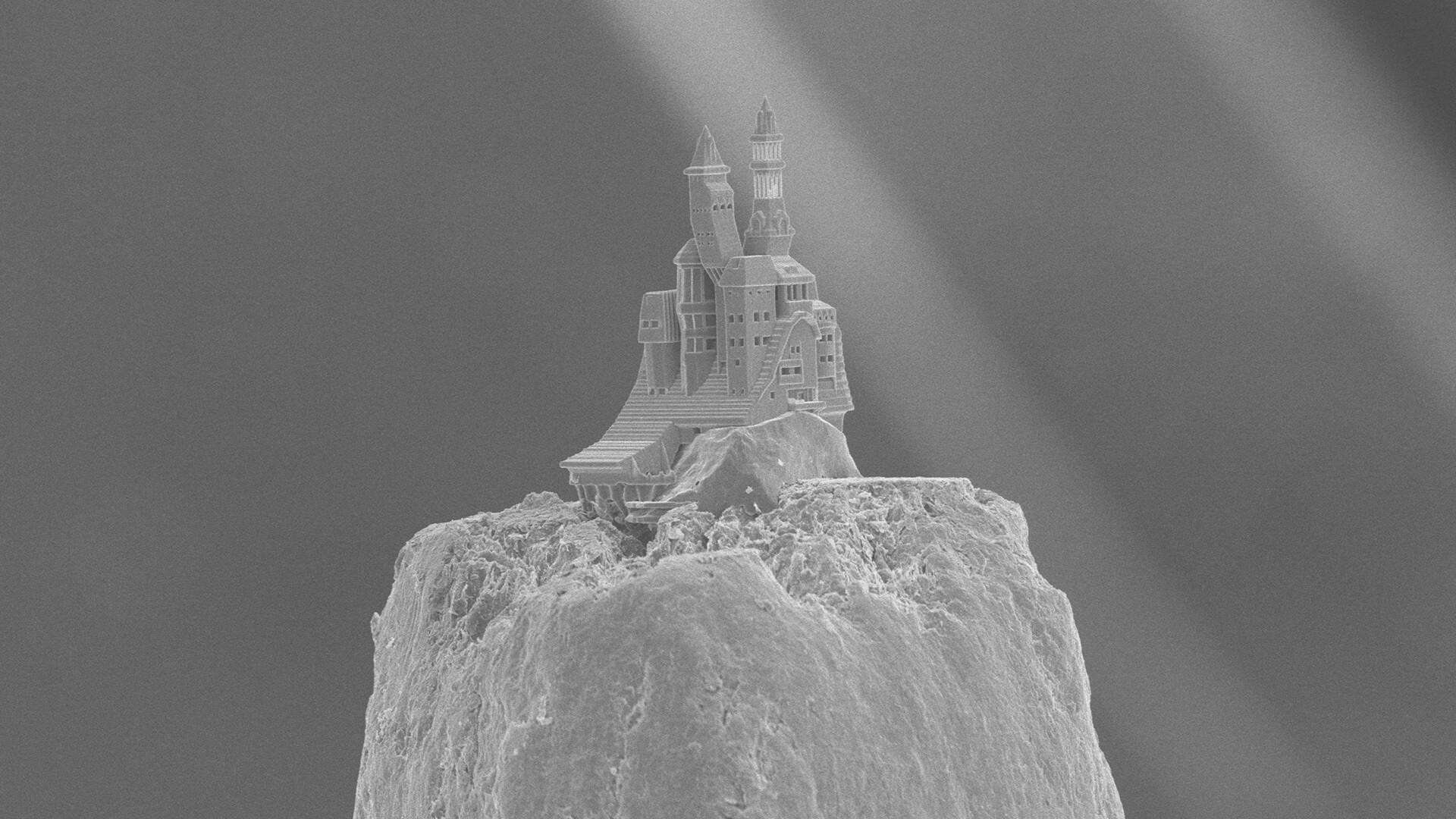 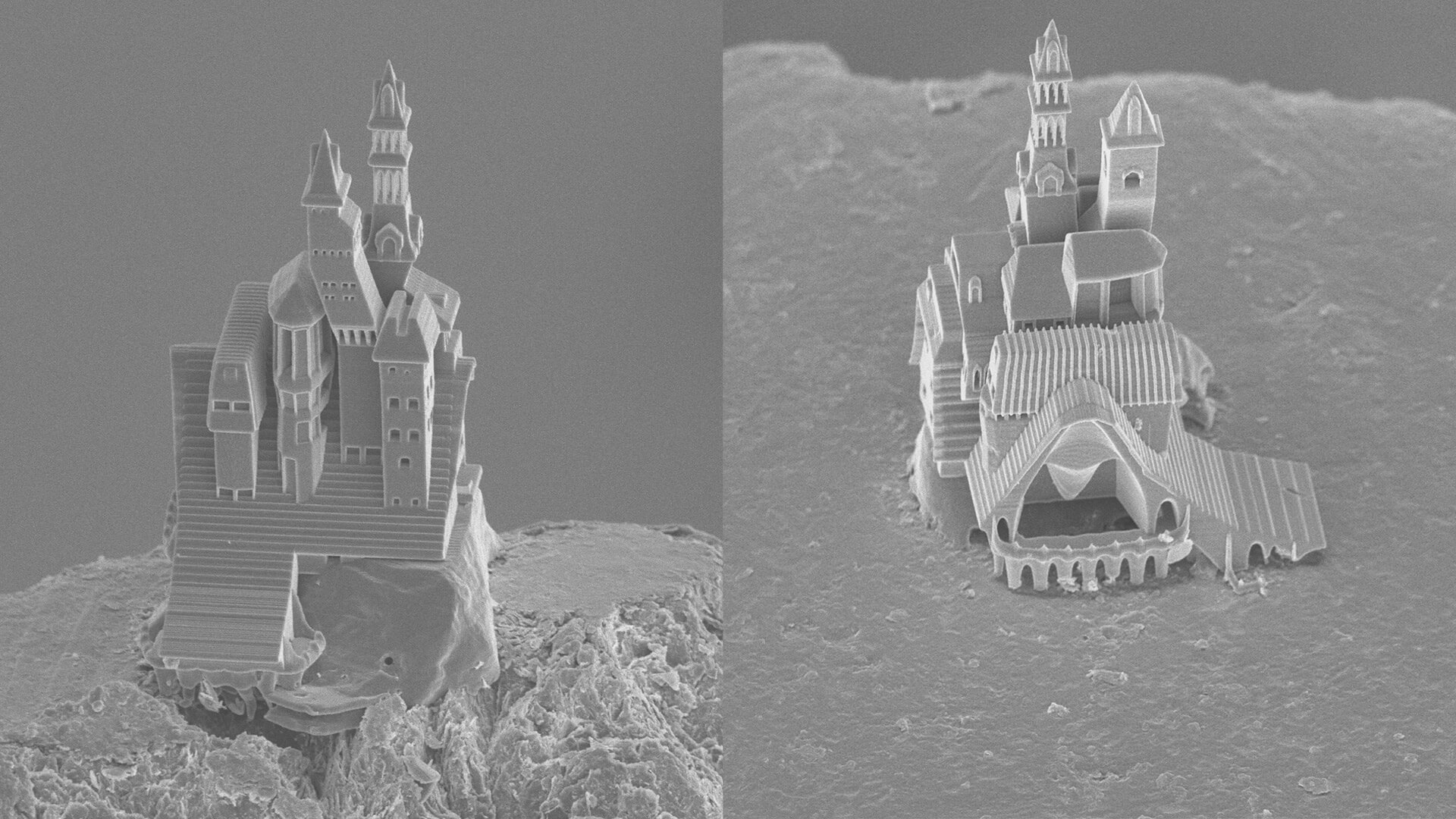 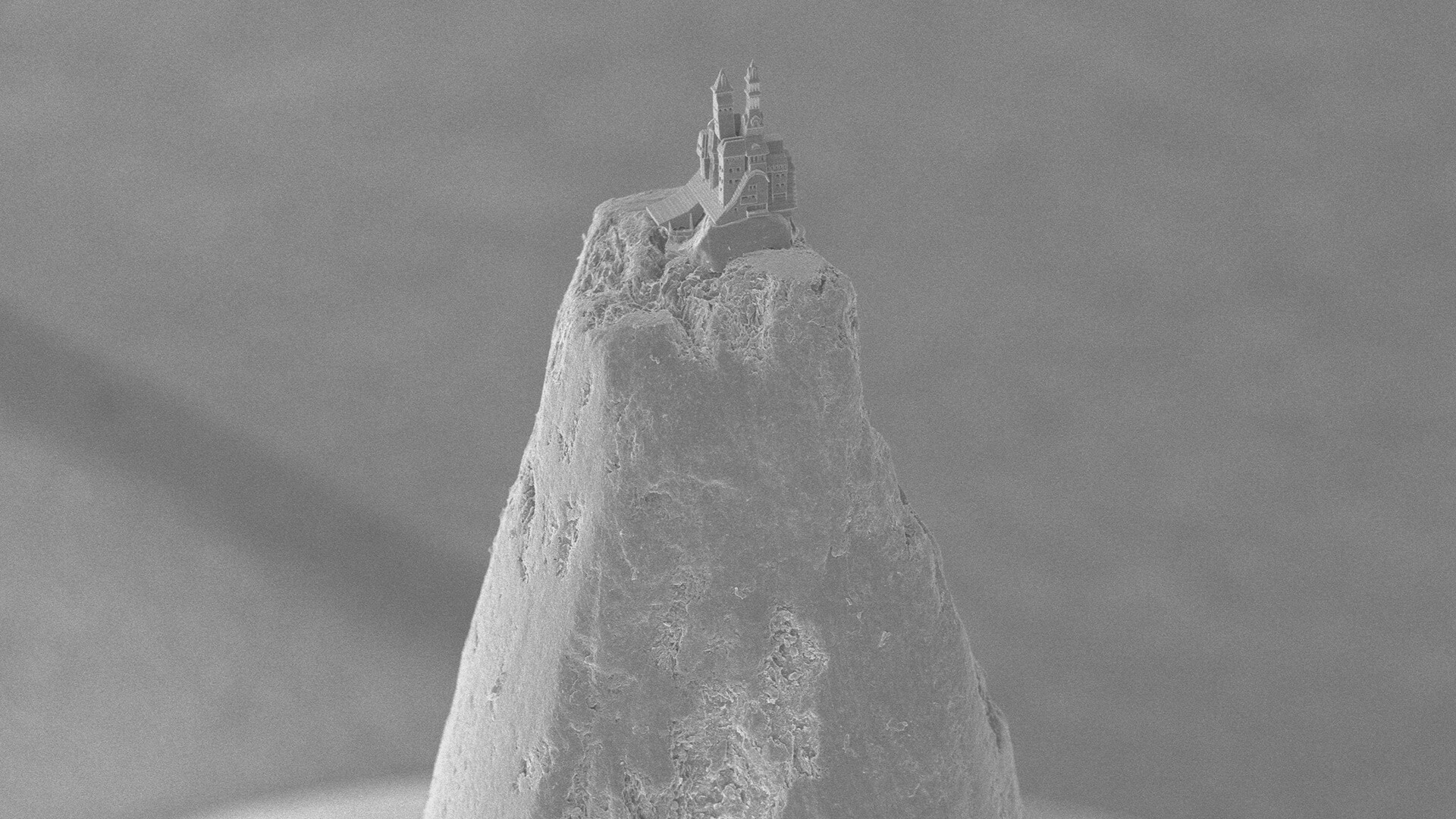 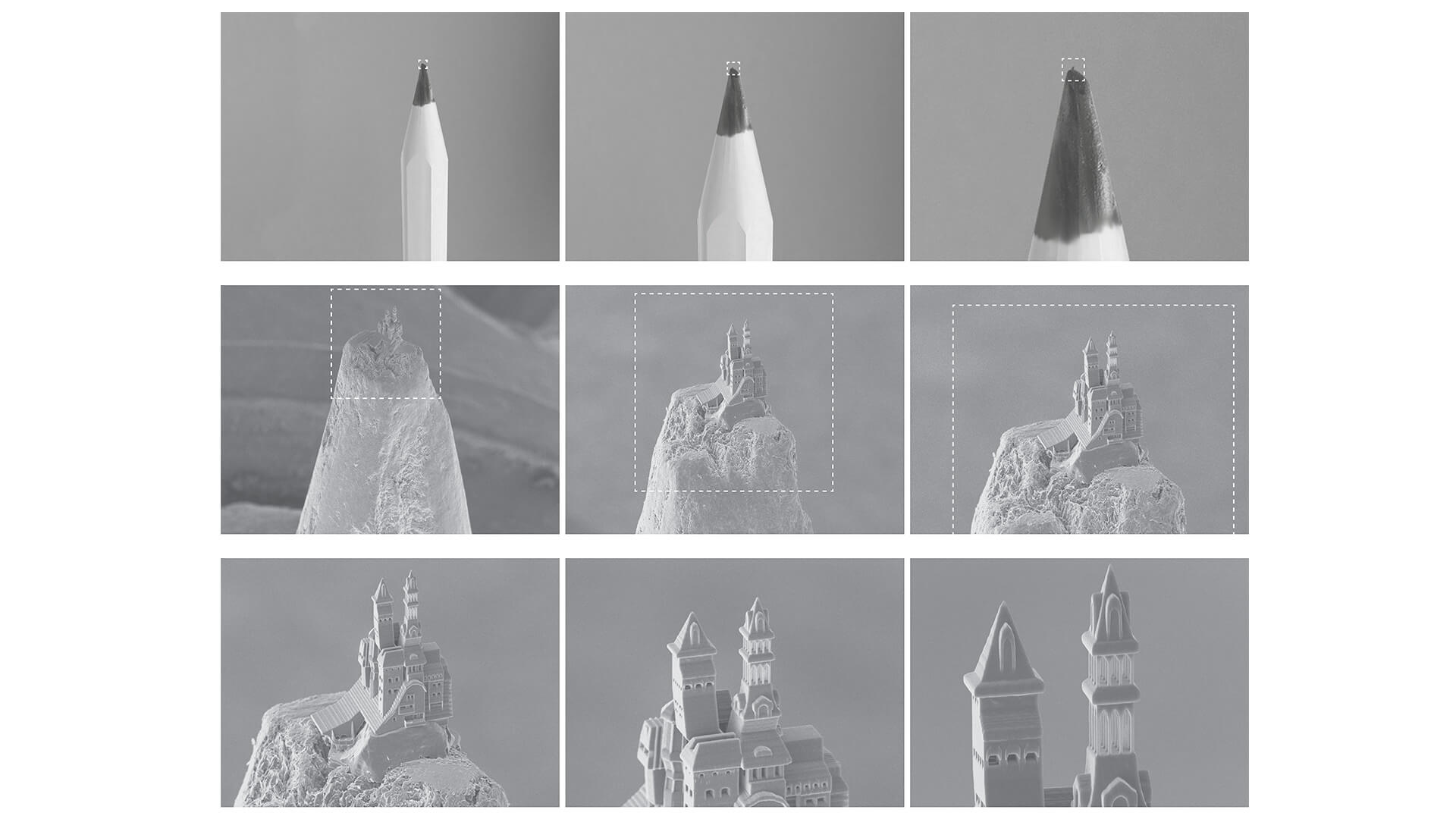 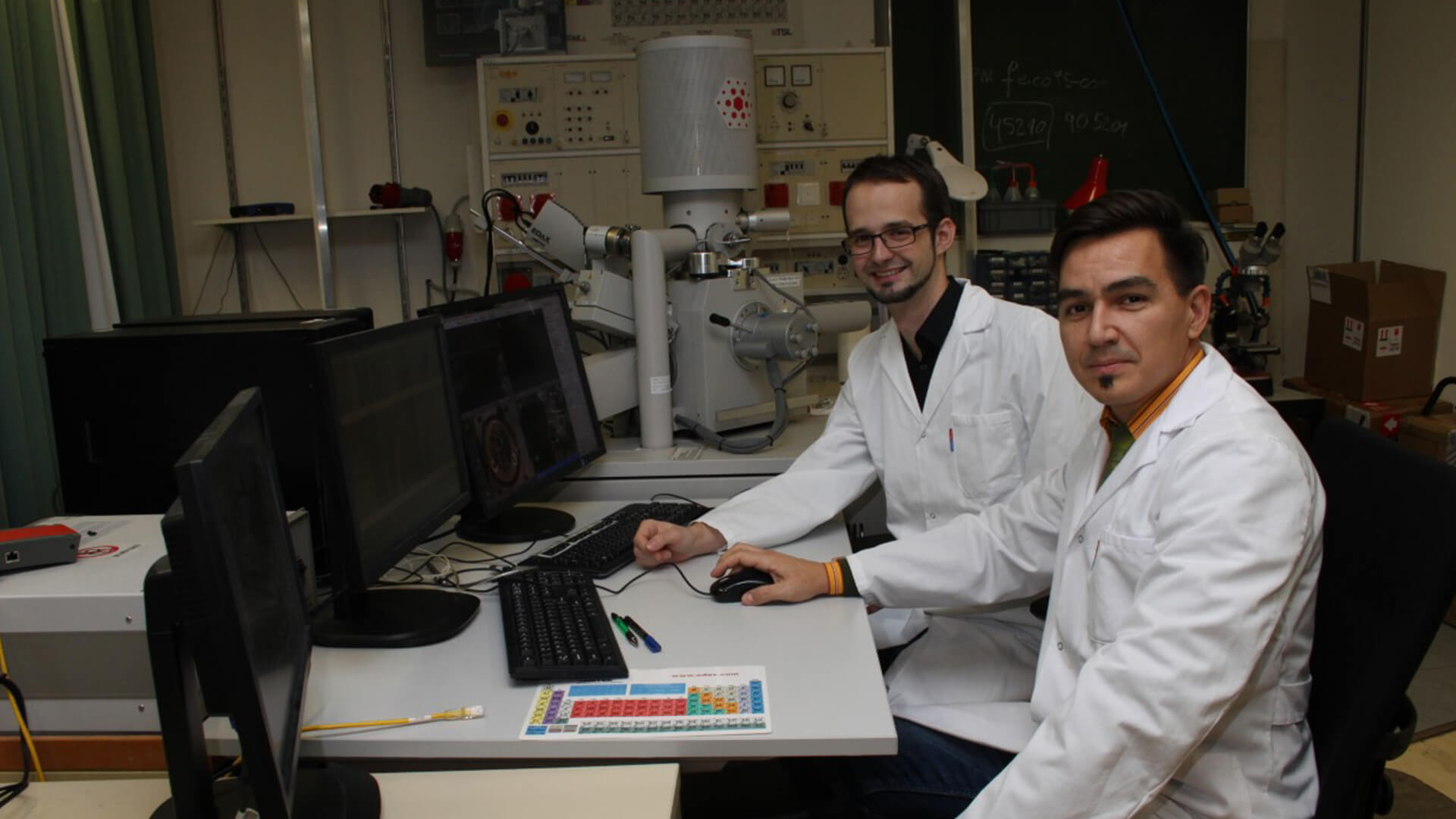 The building represents a "Datsche", a seasonal or all-year secondary residence, frequently constructed in Russian and post-soviet suburbs. The construction of the historic building started in 1992. Nikolai Sutyagin, who wanted to manifest his position as "richest man in town", started single-handed the construction of a double storey building, to surmount his neighbours architecturally. With a final height of 114m the building was probably the highest timber structure worldwide, designedand build by one individual. In 2008 the city of Archangel decided to seize the property, due to fire protection. In December 2008 the demolition of the building started. In 2016 the building was incorporated in Trouvaille (Archive of collected findings) and printed on a tip of a pencil via nanoscale 3d printing. Ironically this microscale reincarnation followed the fate of Sutyagin house, as it was accidently destroyed during sample handling right after the scanning electron imaging.

The structures was 3D printed by means of two-photon polymerization (2PP). This laser-based approach differs substantially from conventional 3D printing in two major aspects: A) the material does not have to be deposited layer-by-layer, instead the structure is produced by localized laser-induced solidification of material within the volume of the sample; B) extremely high spatial resolution in 3D due to nonlinear nature of the underling photochemical process. To demonstrate the latter capability of the 2PP technology, while providing an intuitive reference scale this Art/Science project aimed at creating a 3D printed object on a tip of a pencil.