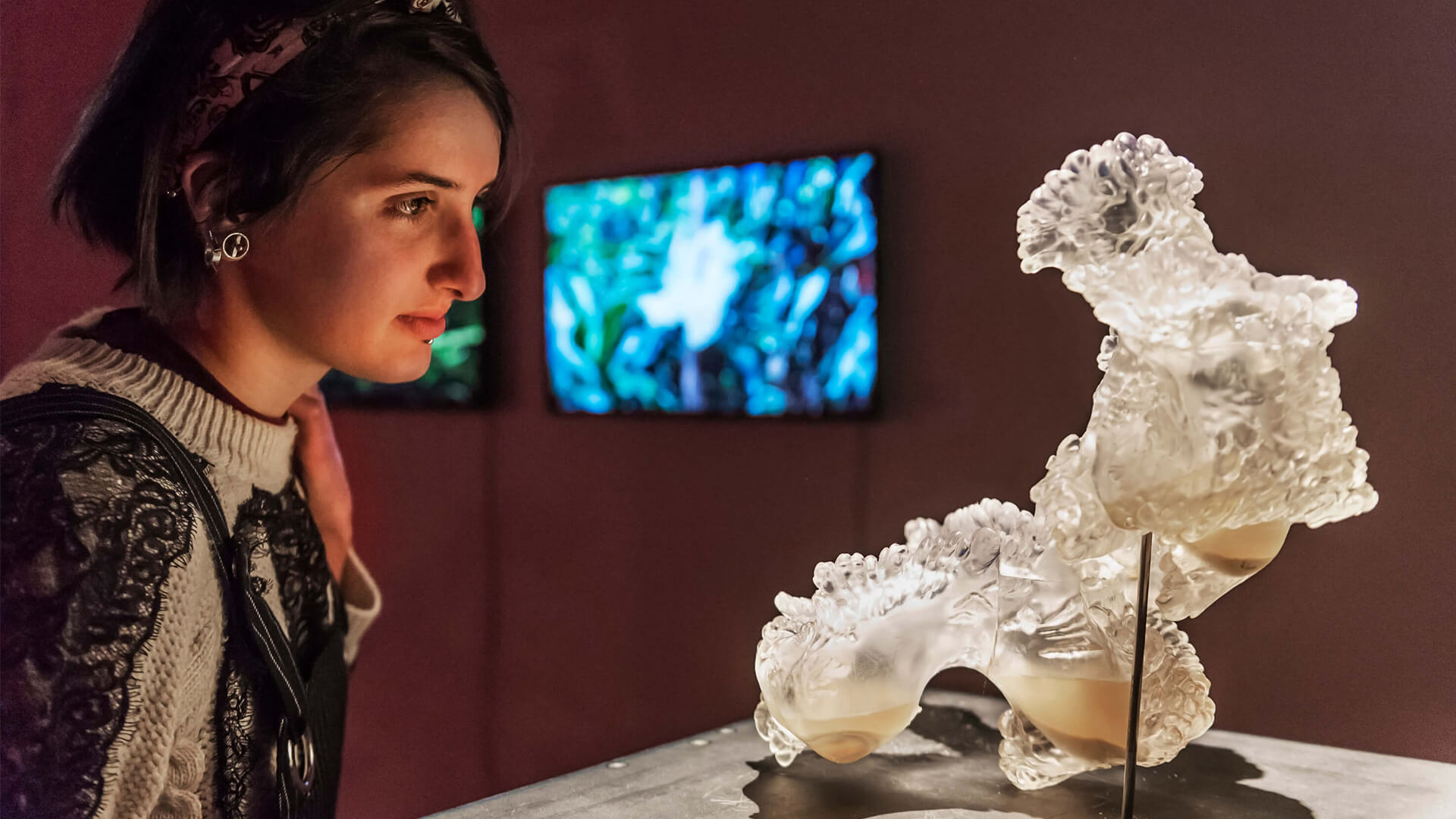 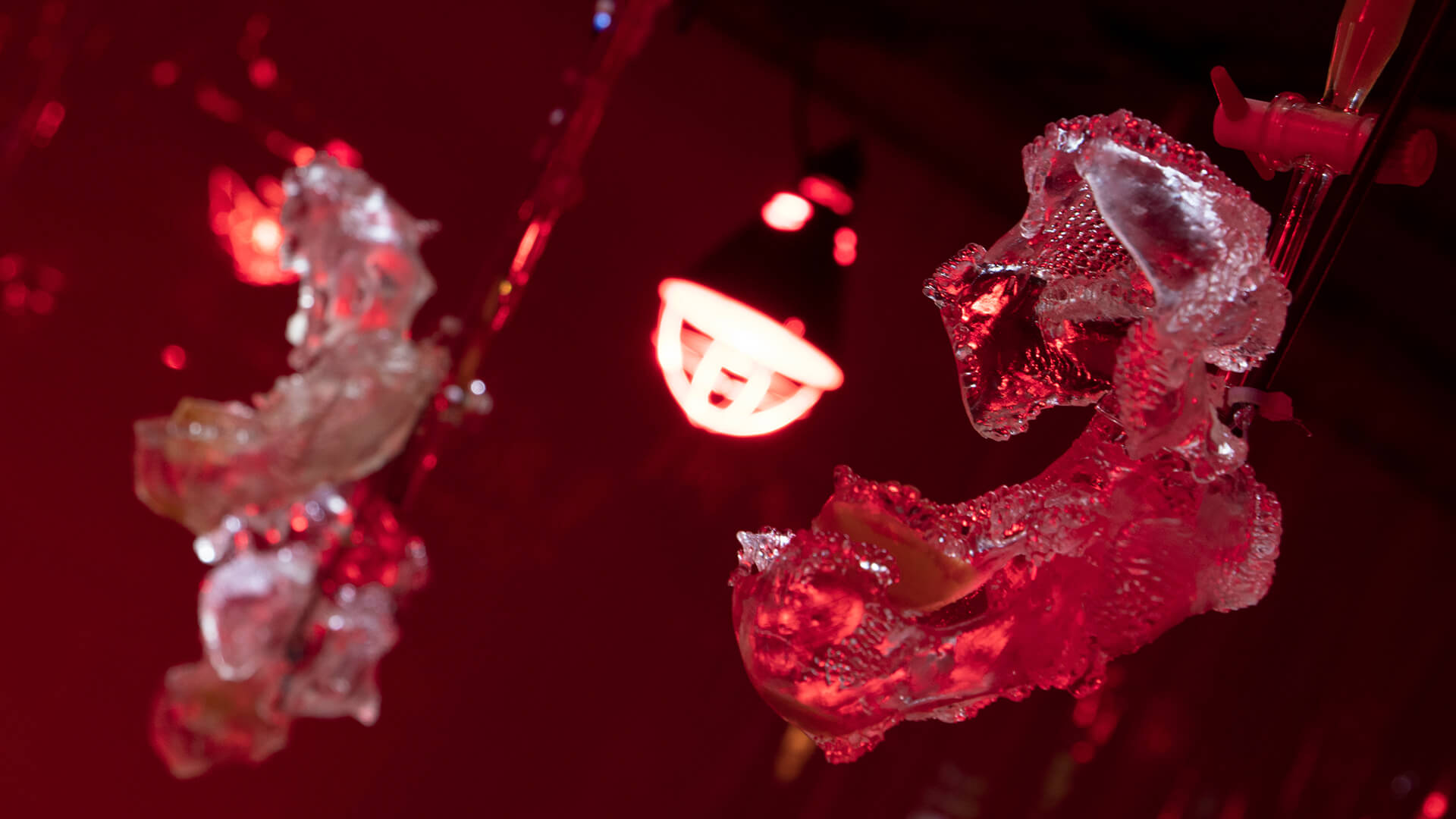 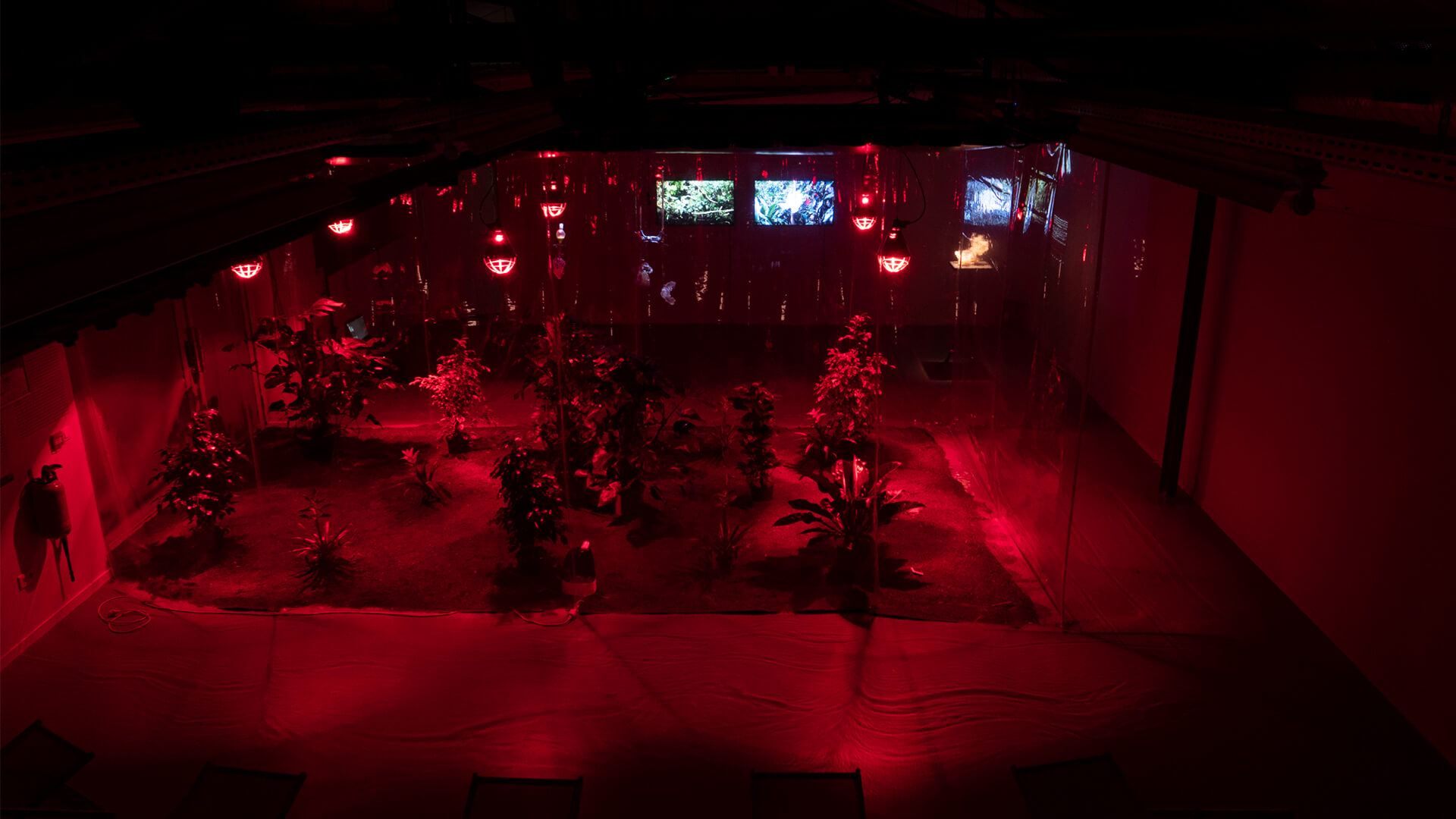 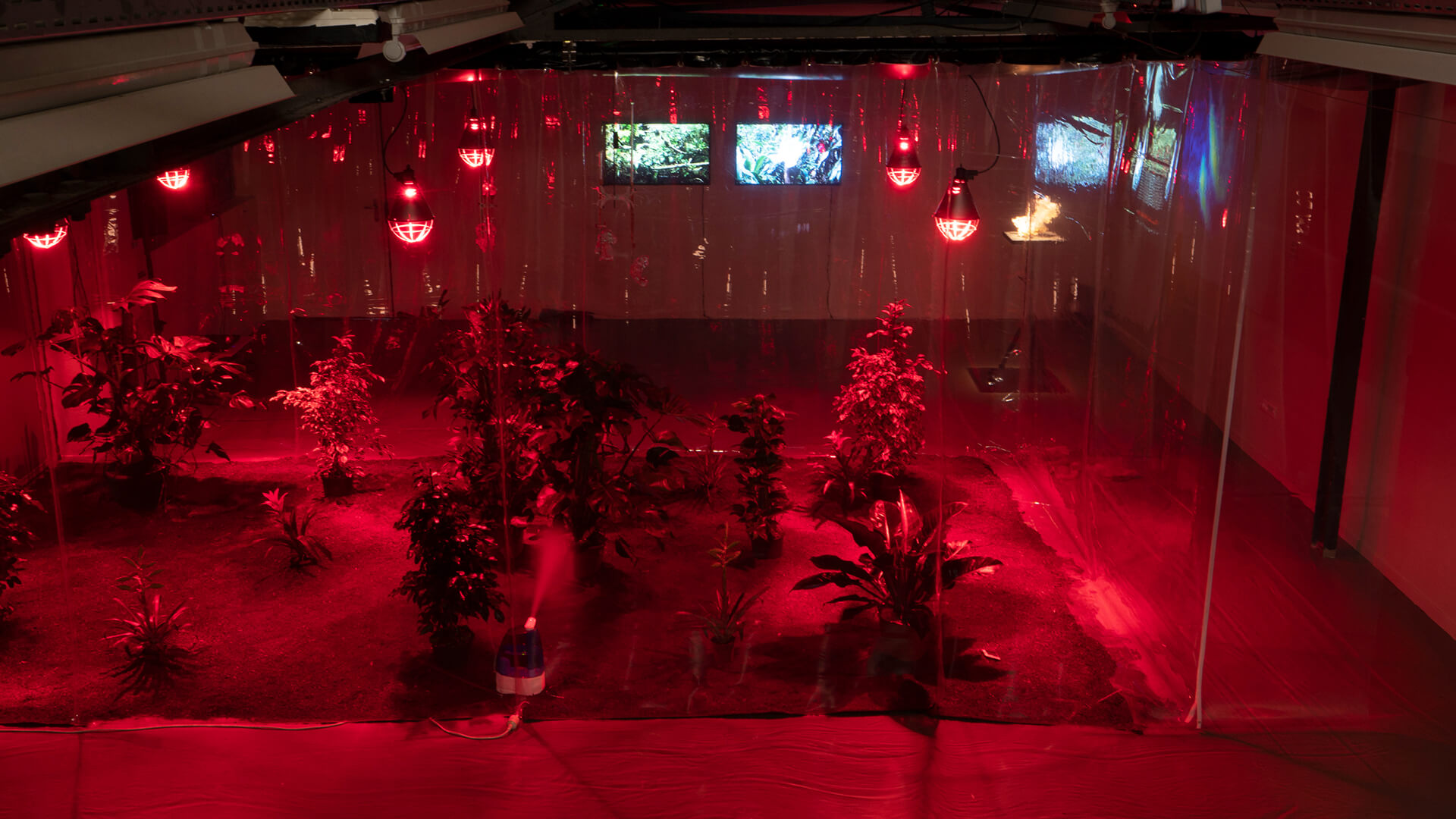 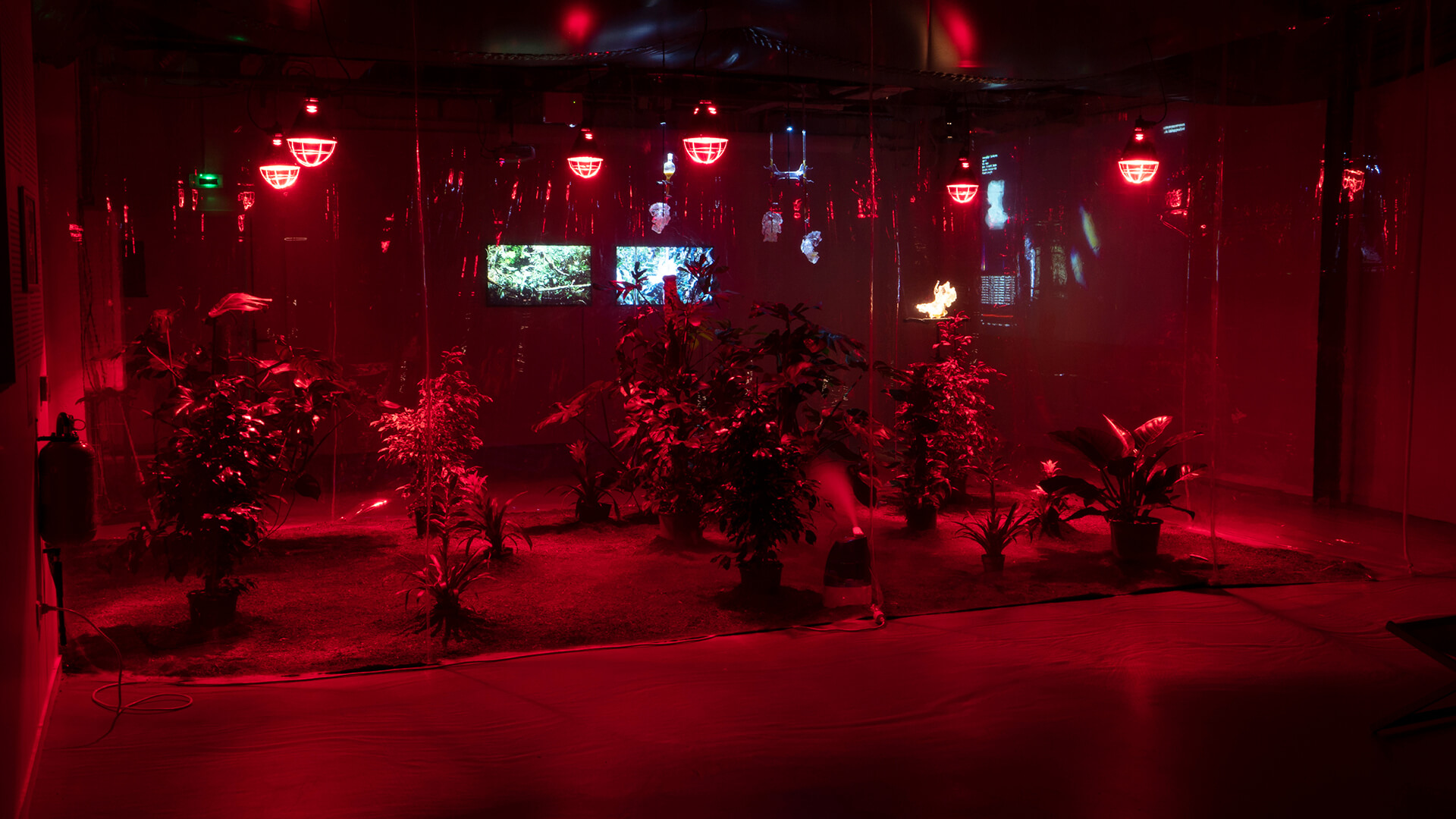 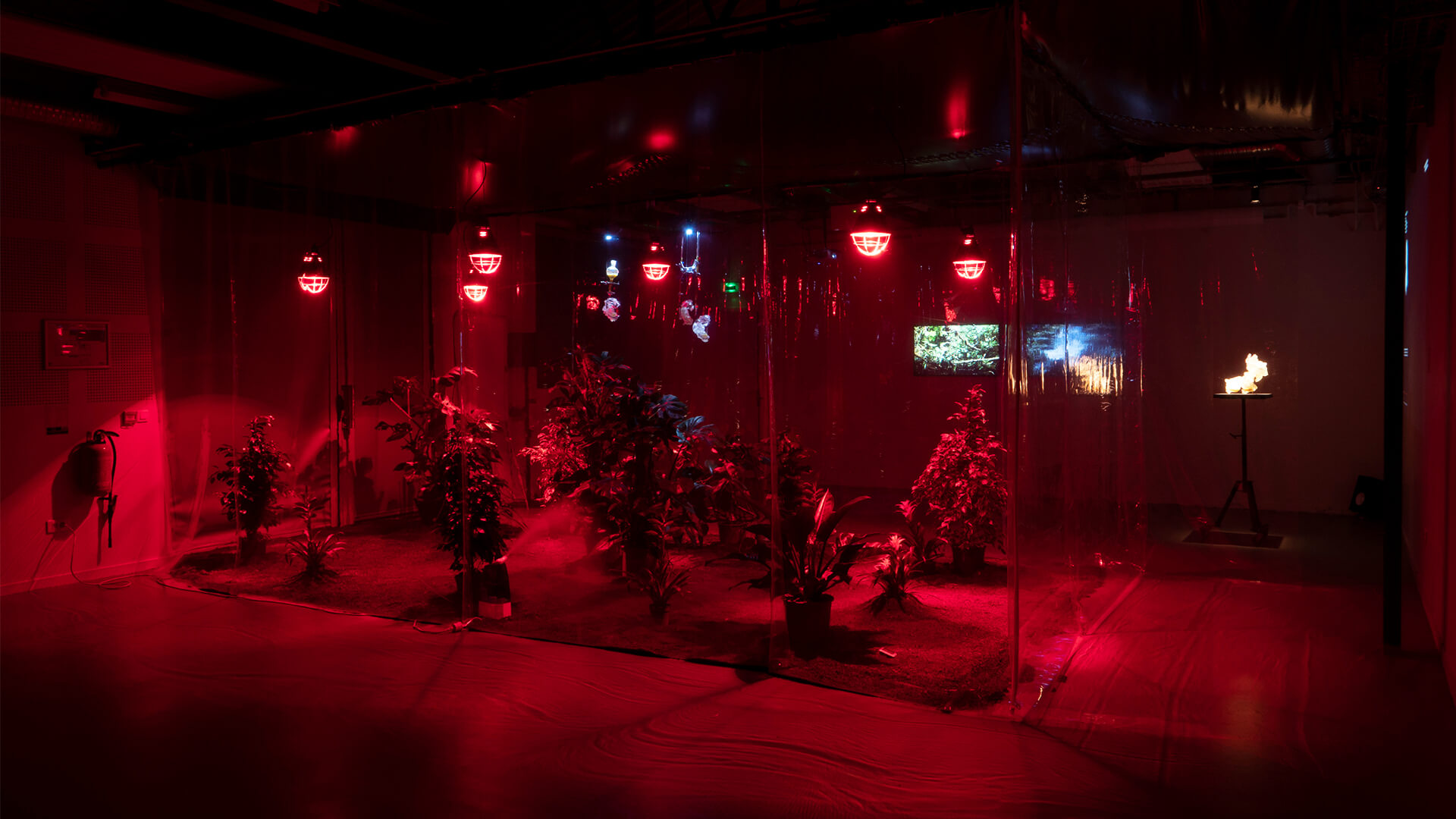 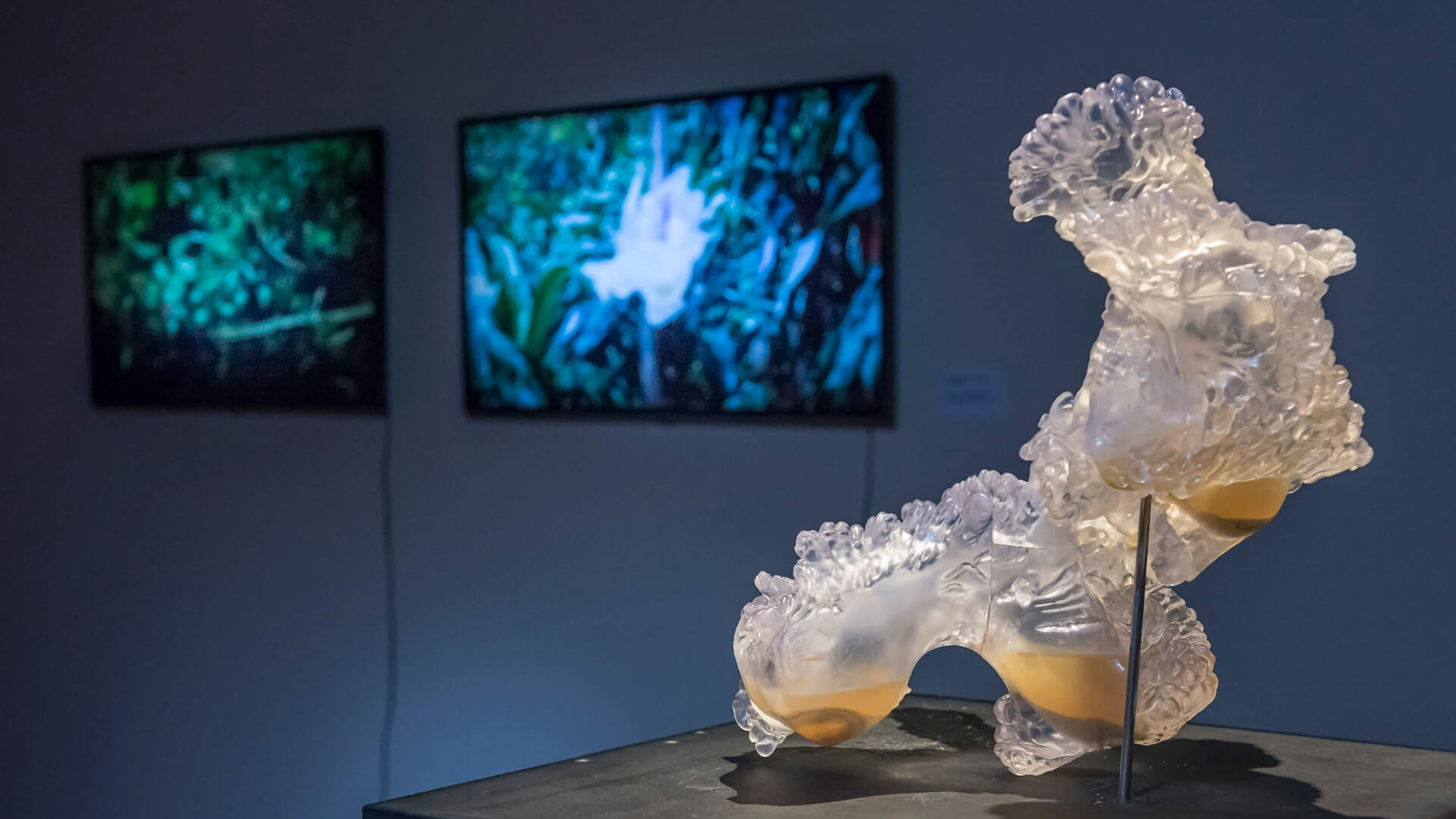 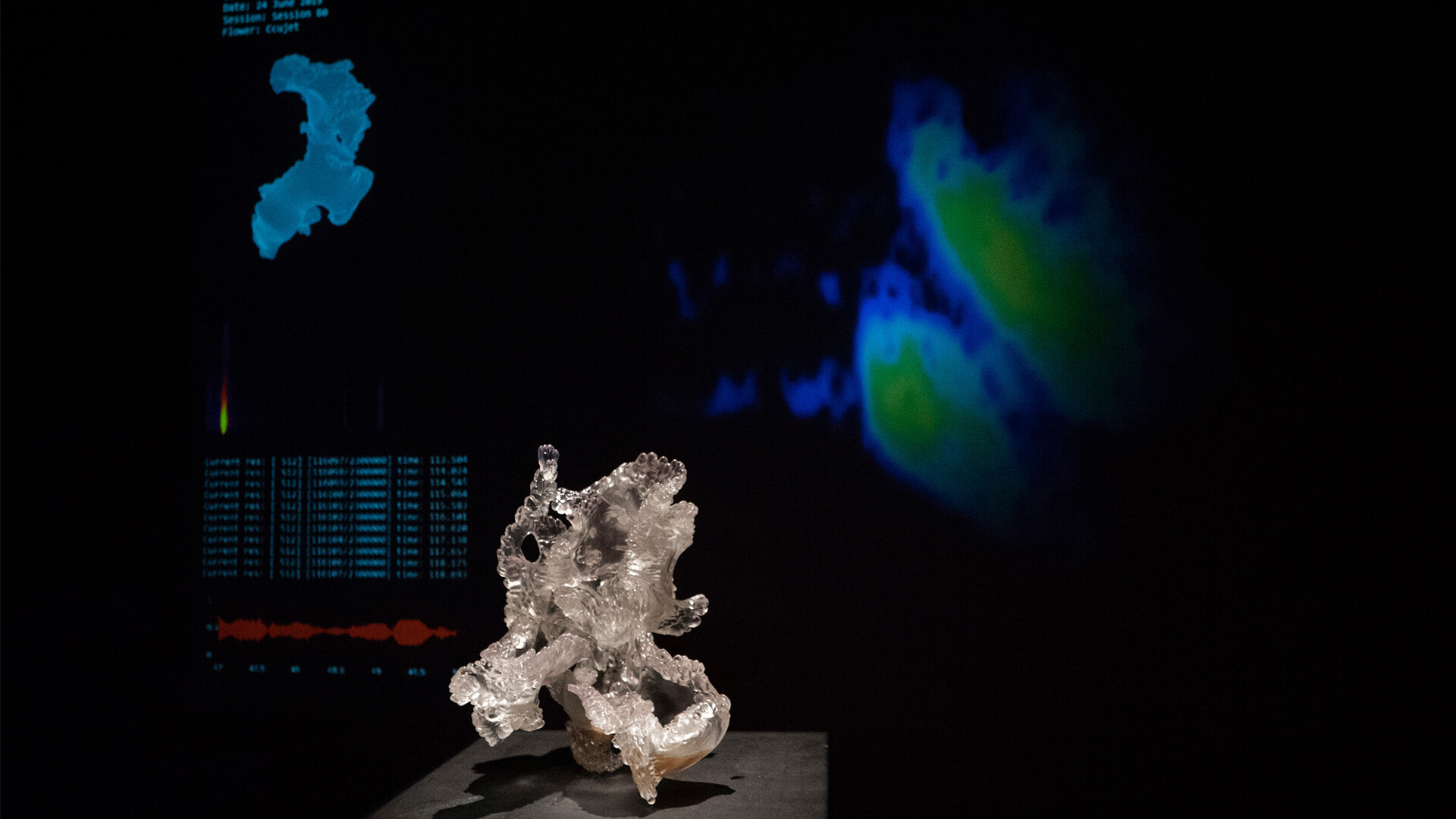 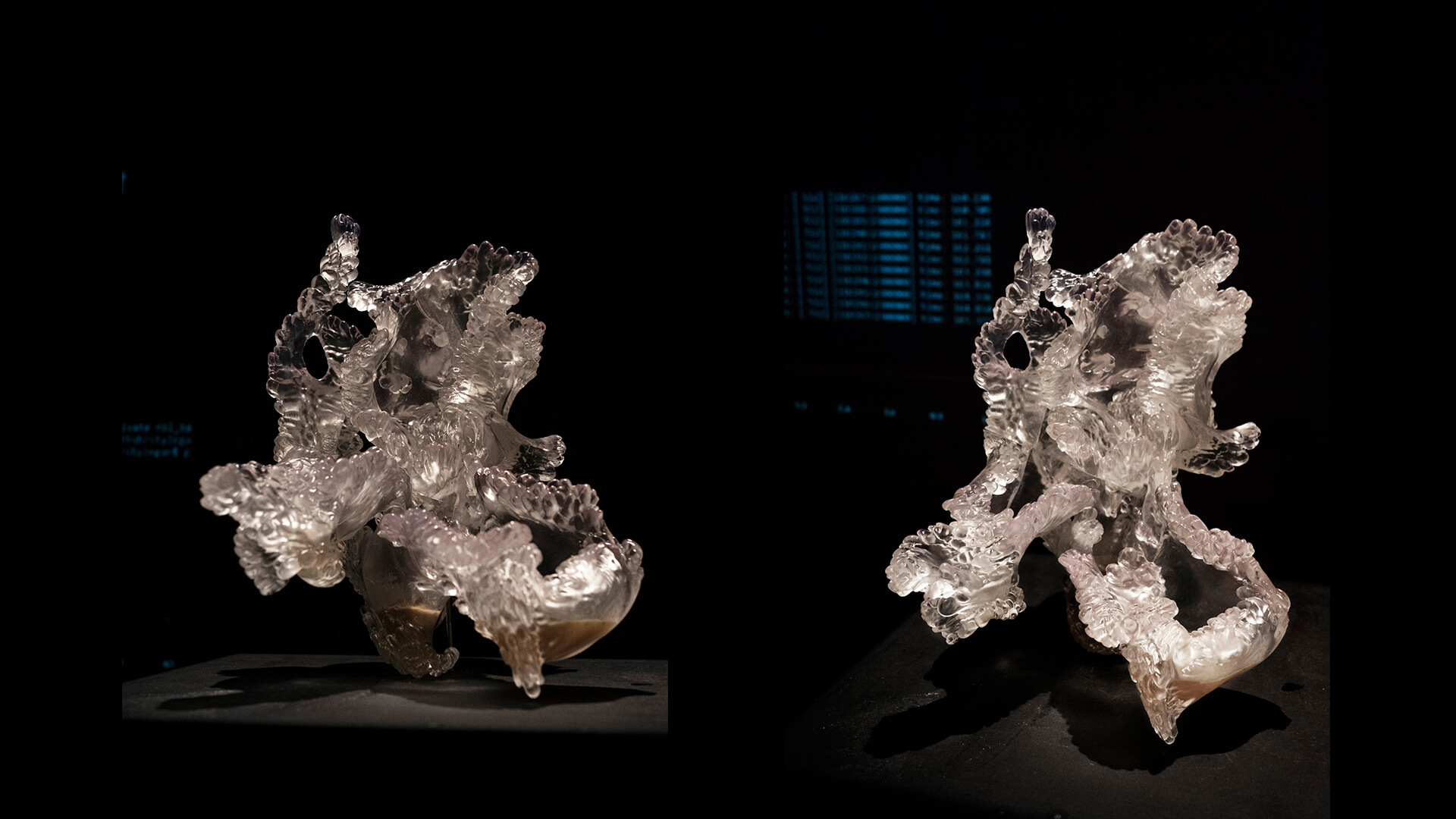 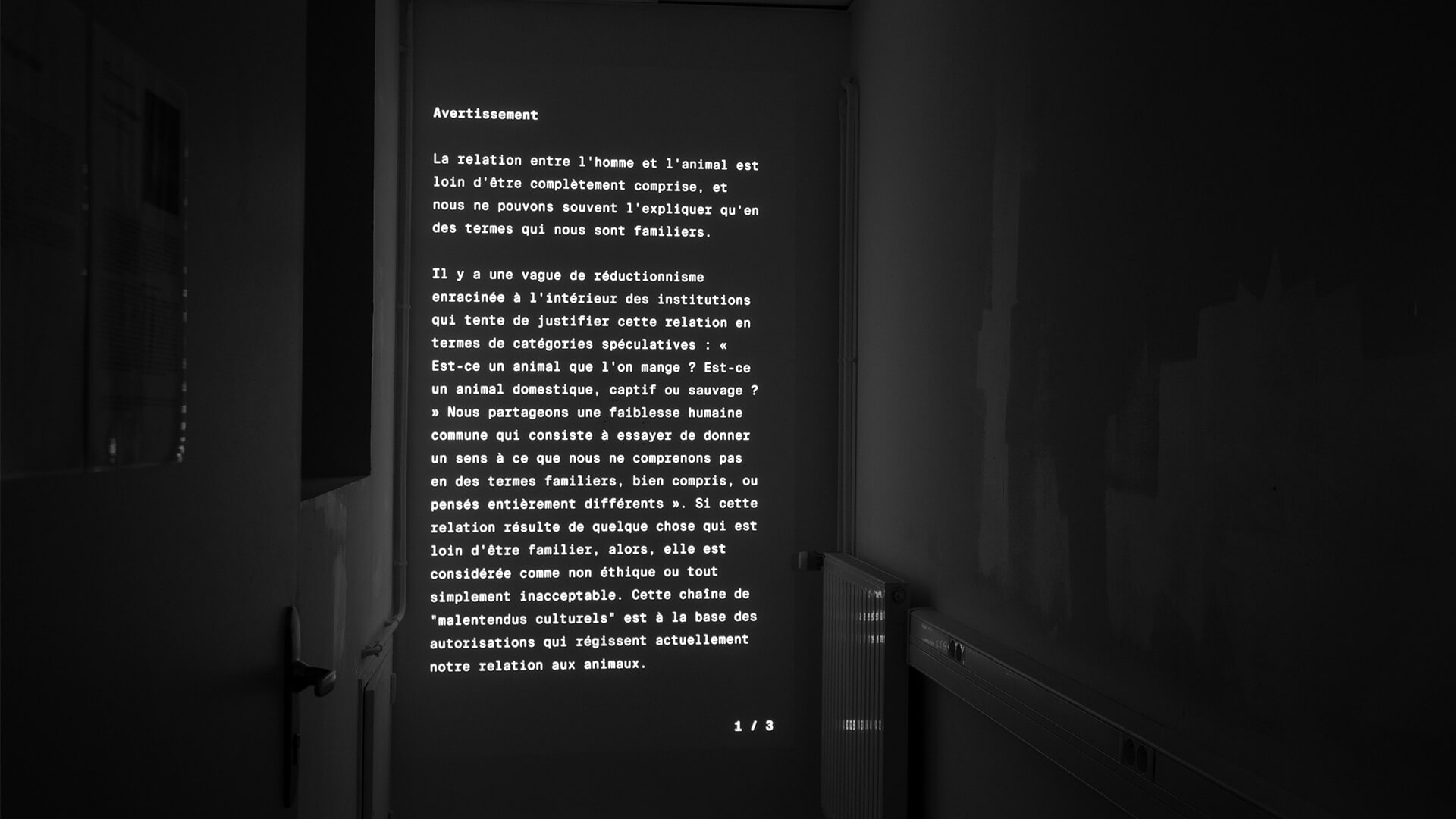 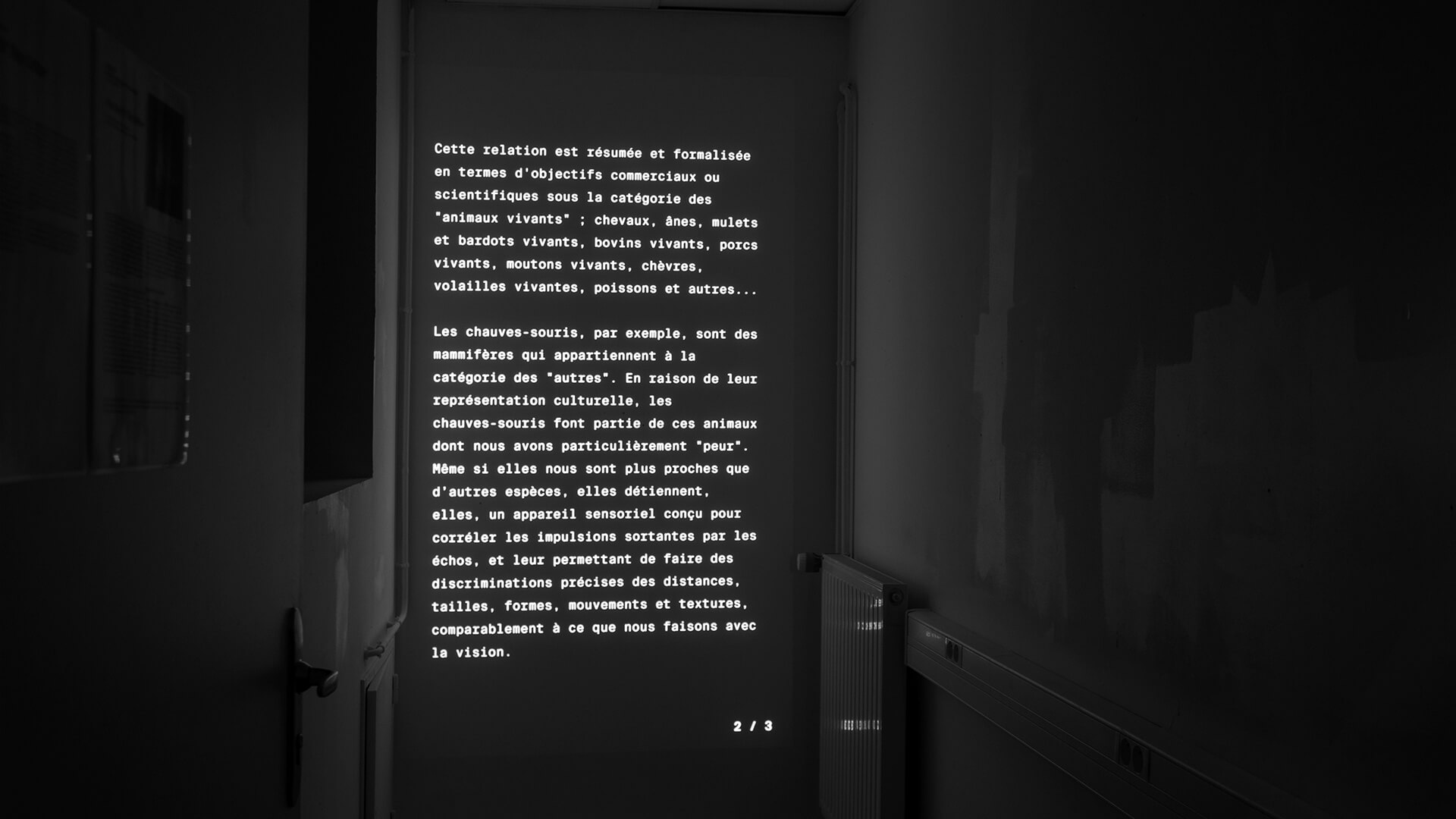 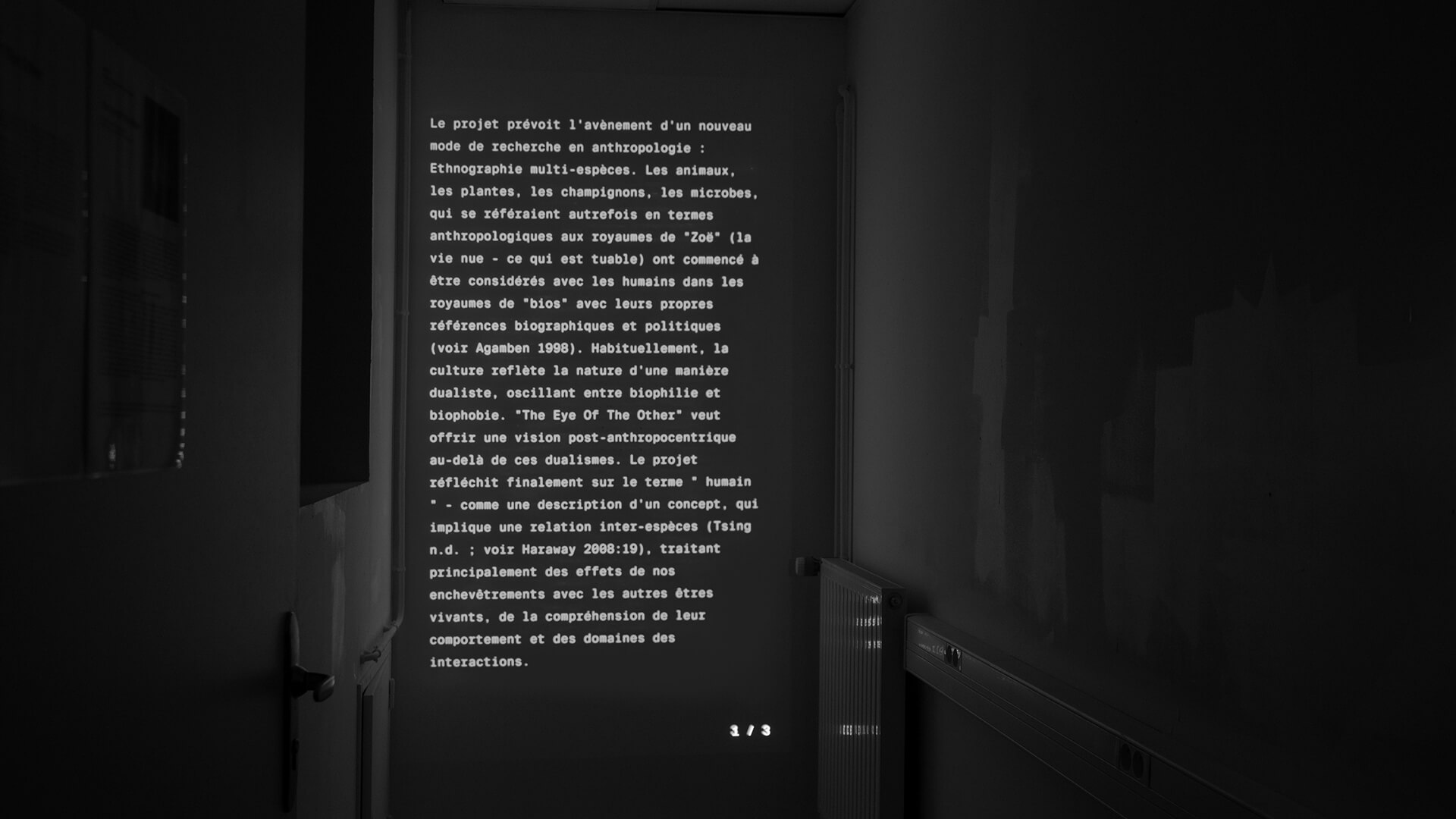 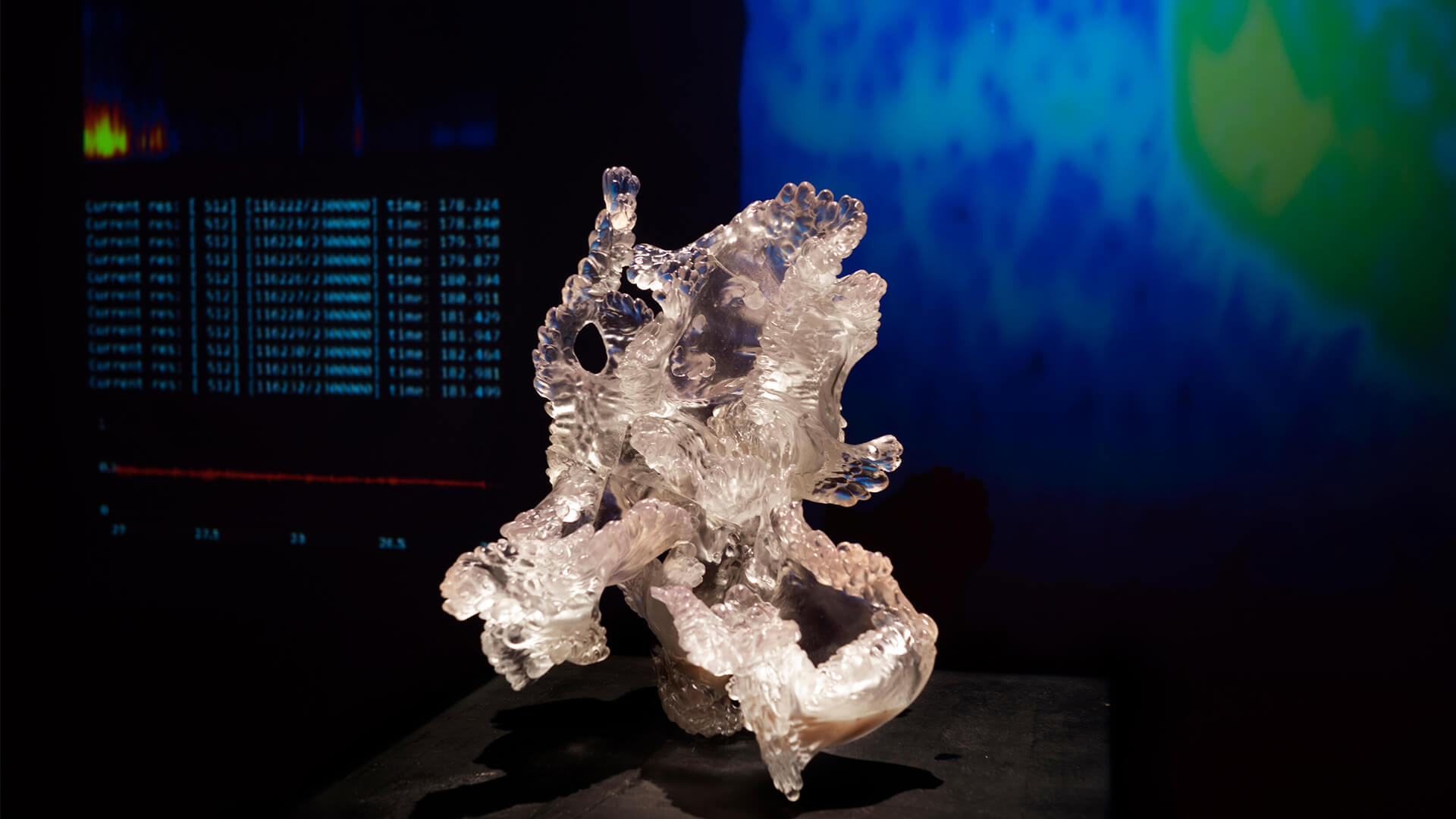 School of Non-Humans
The Eye of The Other - II

“The eye of the Other” dives into mutualistic relationships and interspecies communication between human and animals, mediating relations of empathy and co-existence, through the study and translation of the bat’s sensorial systems, to compose and combine what is a fragment and riddle to our perception.

This piece articulates a “screening of the other”, allowing the human to form a bond with a species from the other side of the spectrum . The bat uses echolocation to map its environment and specifically classify and localize certain geometry, reading so-called flower echoes- fingerprints of nature. “The eye of the other” translates these fingerprints into audible frequencies and visual, sensual patterns comprehensible to human senses. This act of translation from echolocation to visual representation, to sensual sculpture allows the human to sense an invisible experience such as echolocation with other senses such as hearing, seeing and touching.

“The eye of the other” asks what happens if we place the animals gaze in juxtaposition to the human gaze. The piece lets the human and the non-human, the local and the remote collide and aims to form a new cultural space, previewing a possible future in which the borders of human and others are blurred and a multi species society might be formed. The eye of the other underlines the effect that gaze should not be understood as something one possesses but as description of the relationship in which one enters.