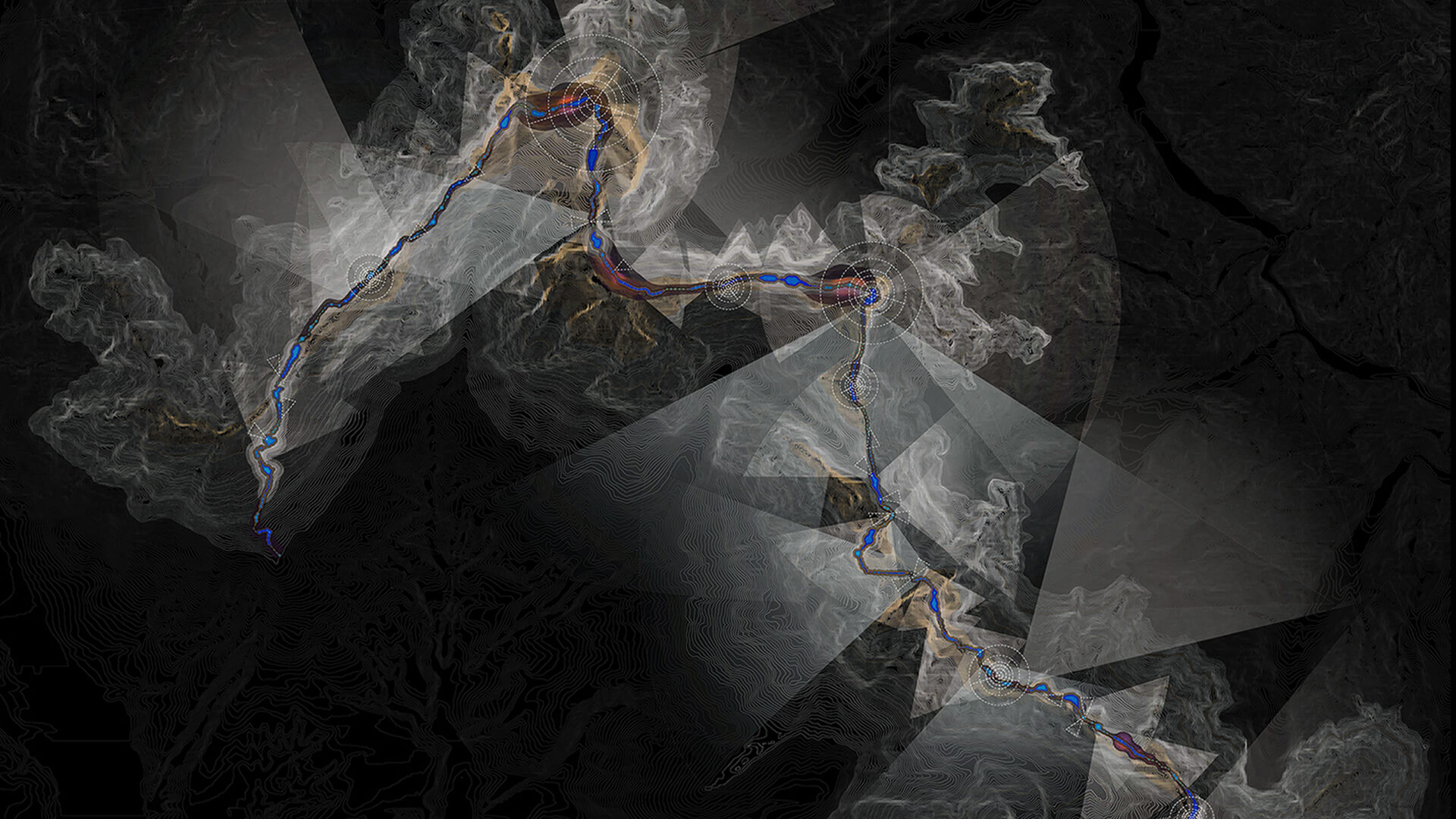 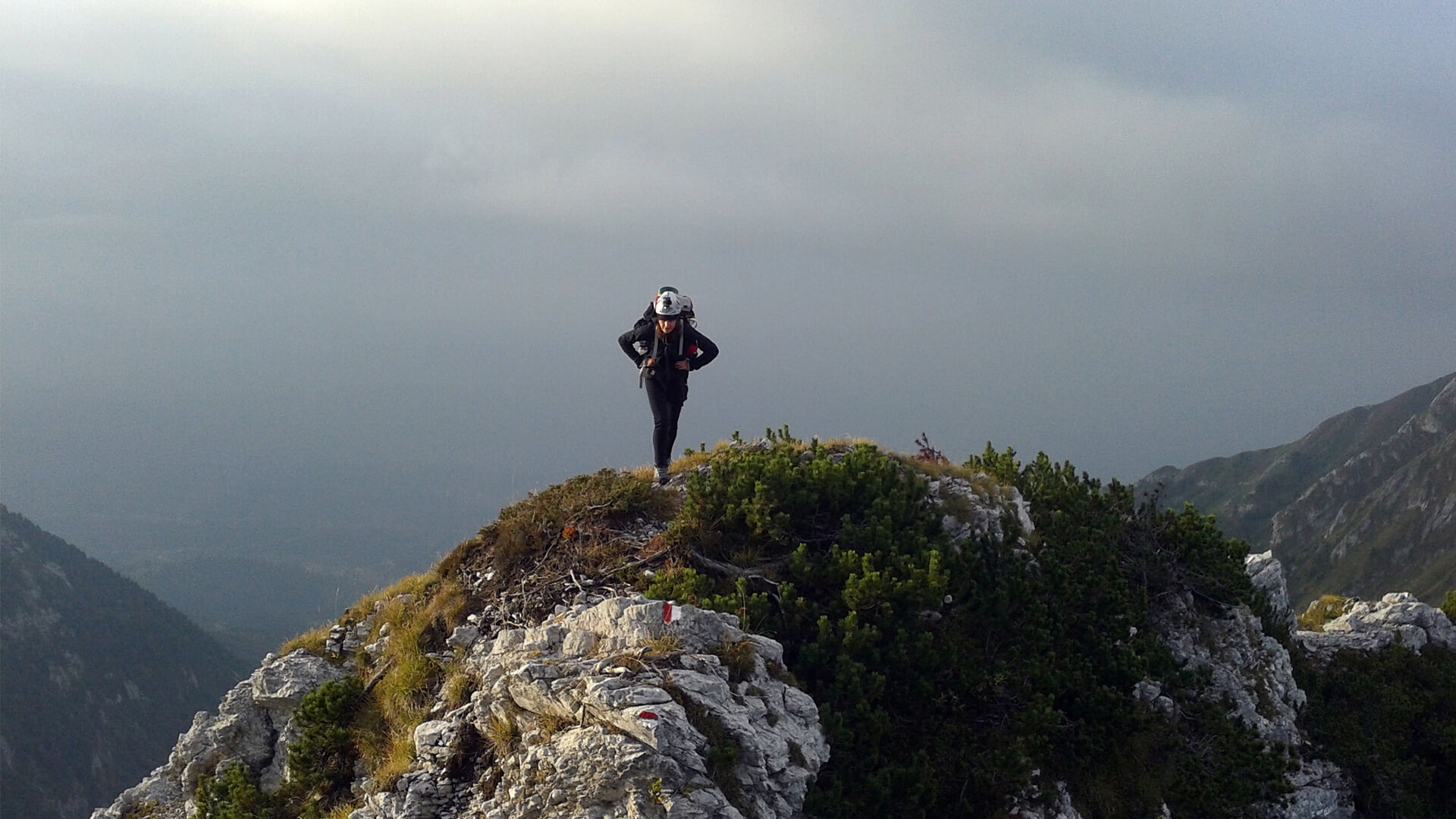 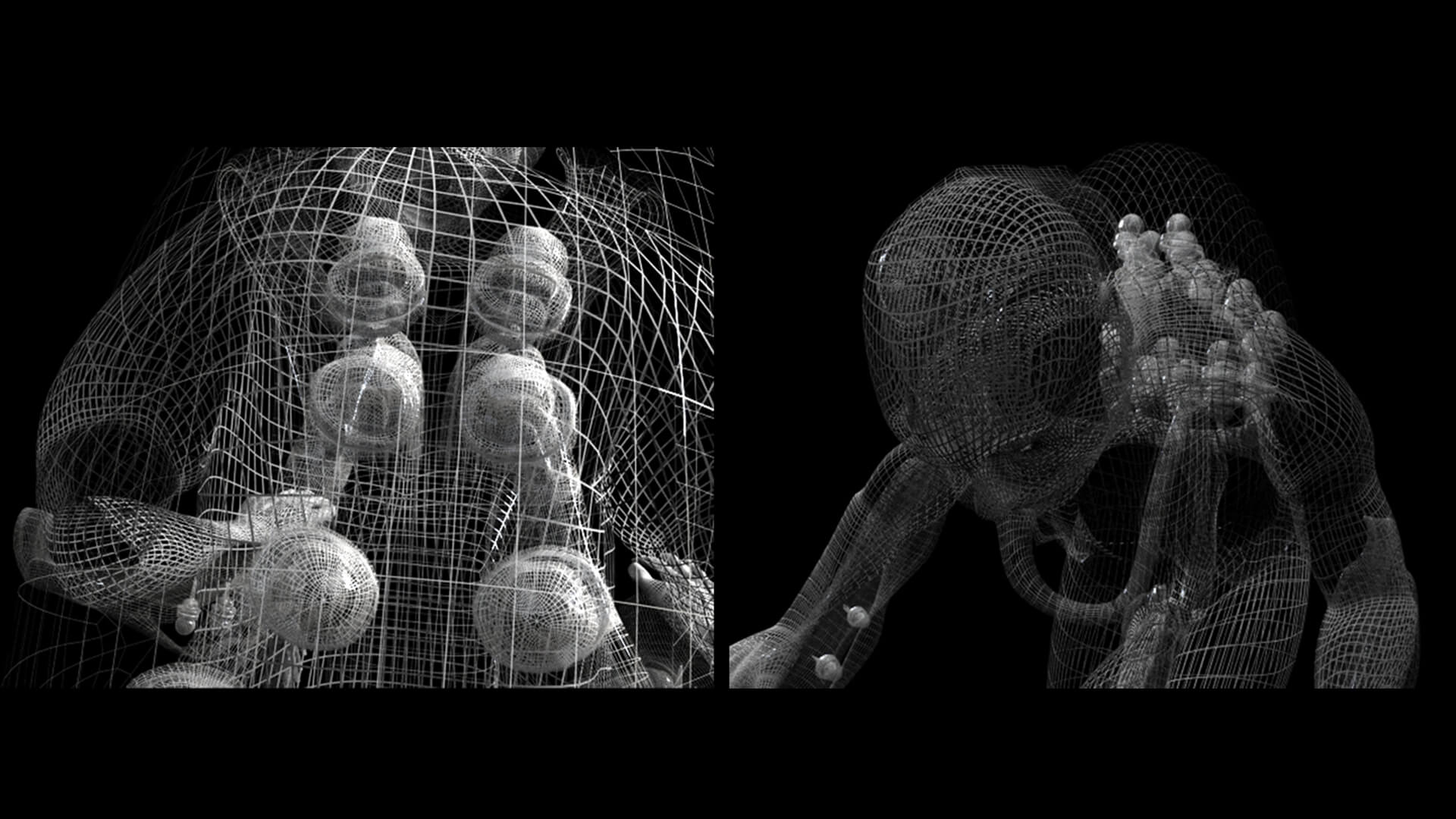 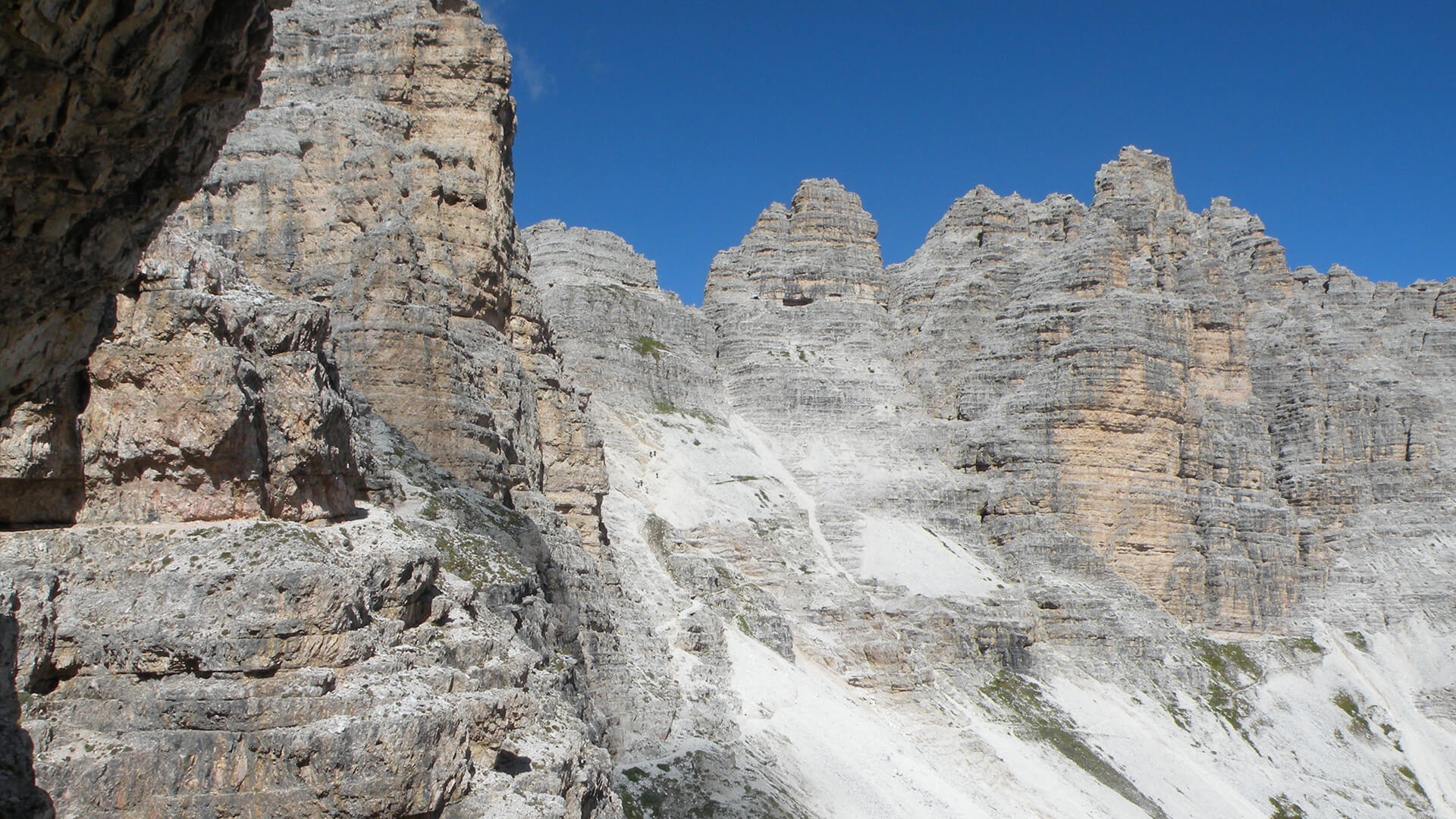 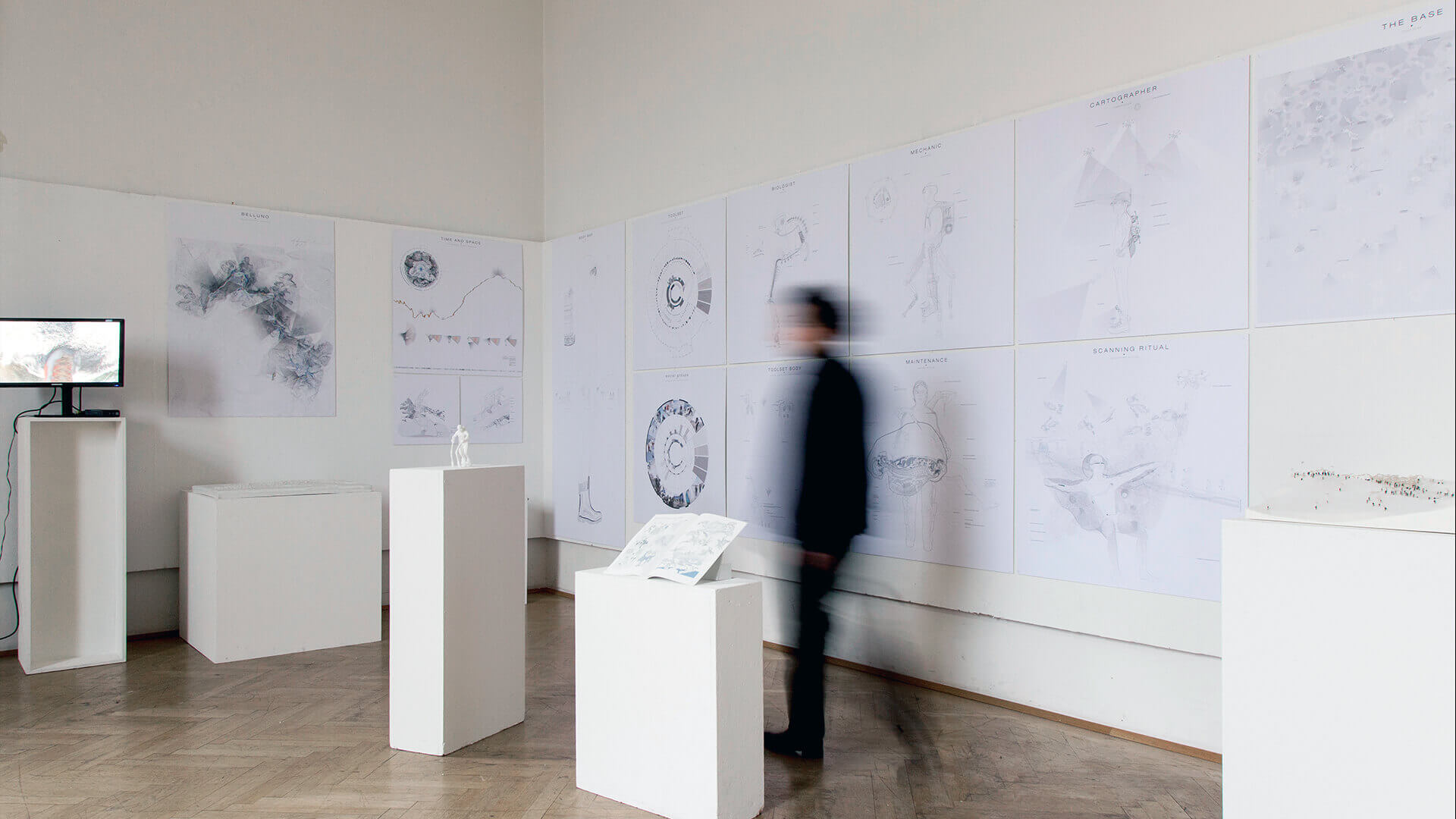 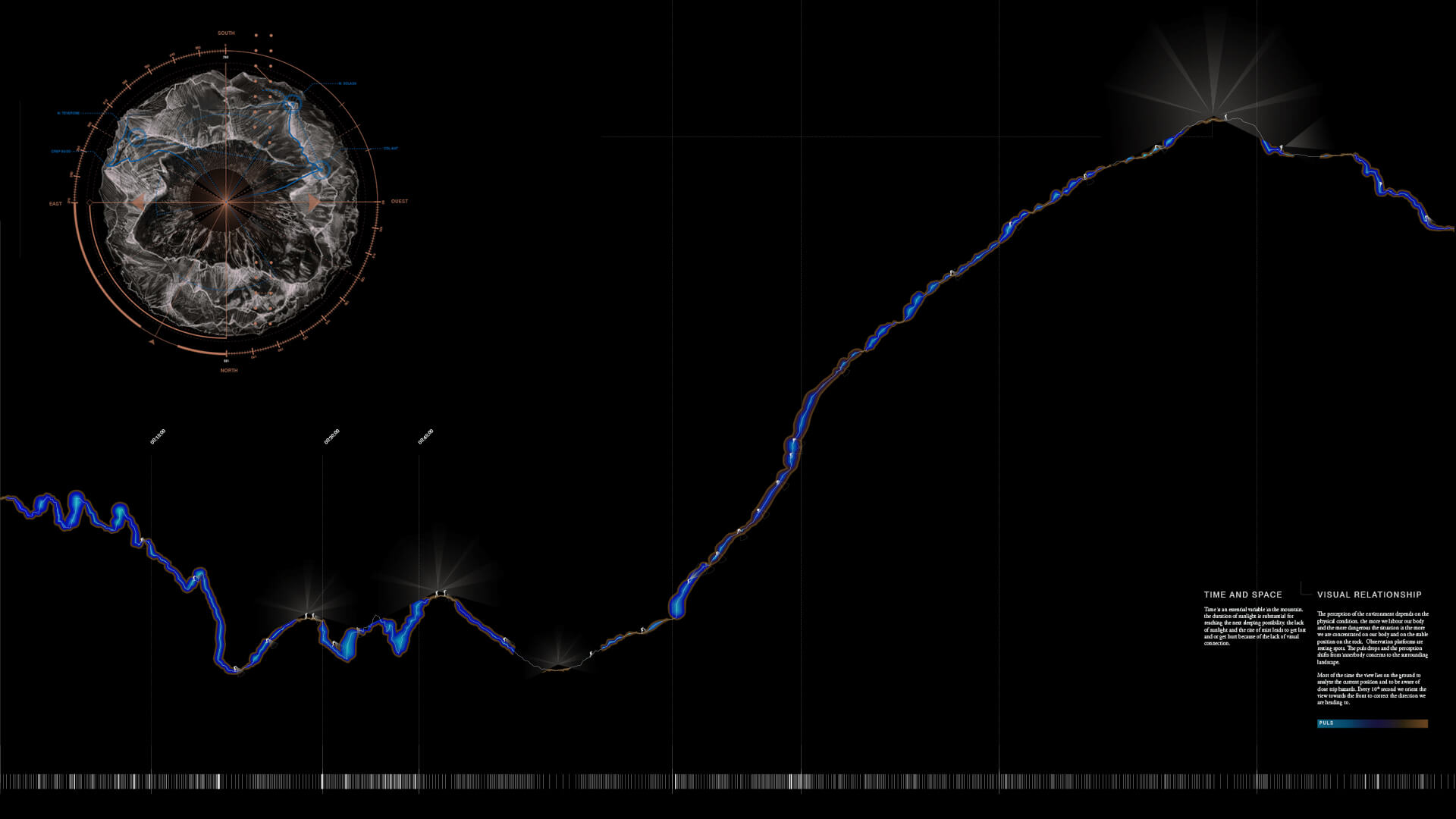 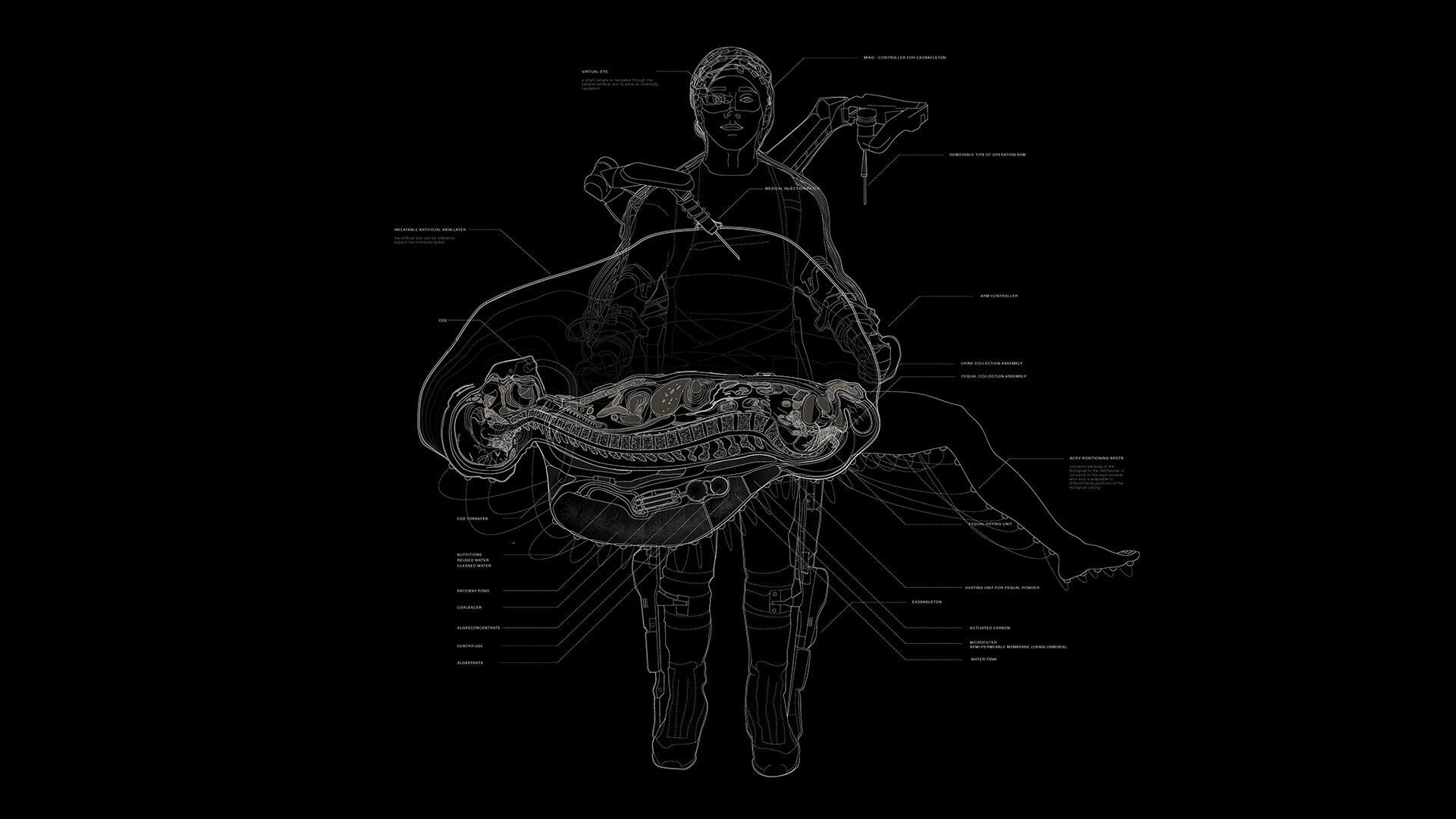 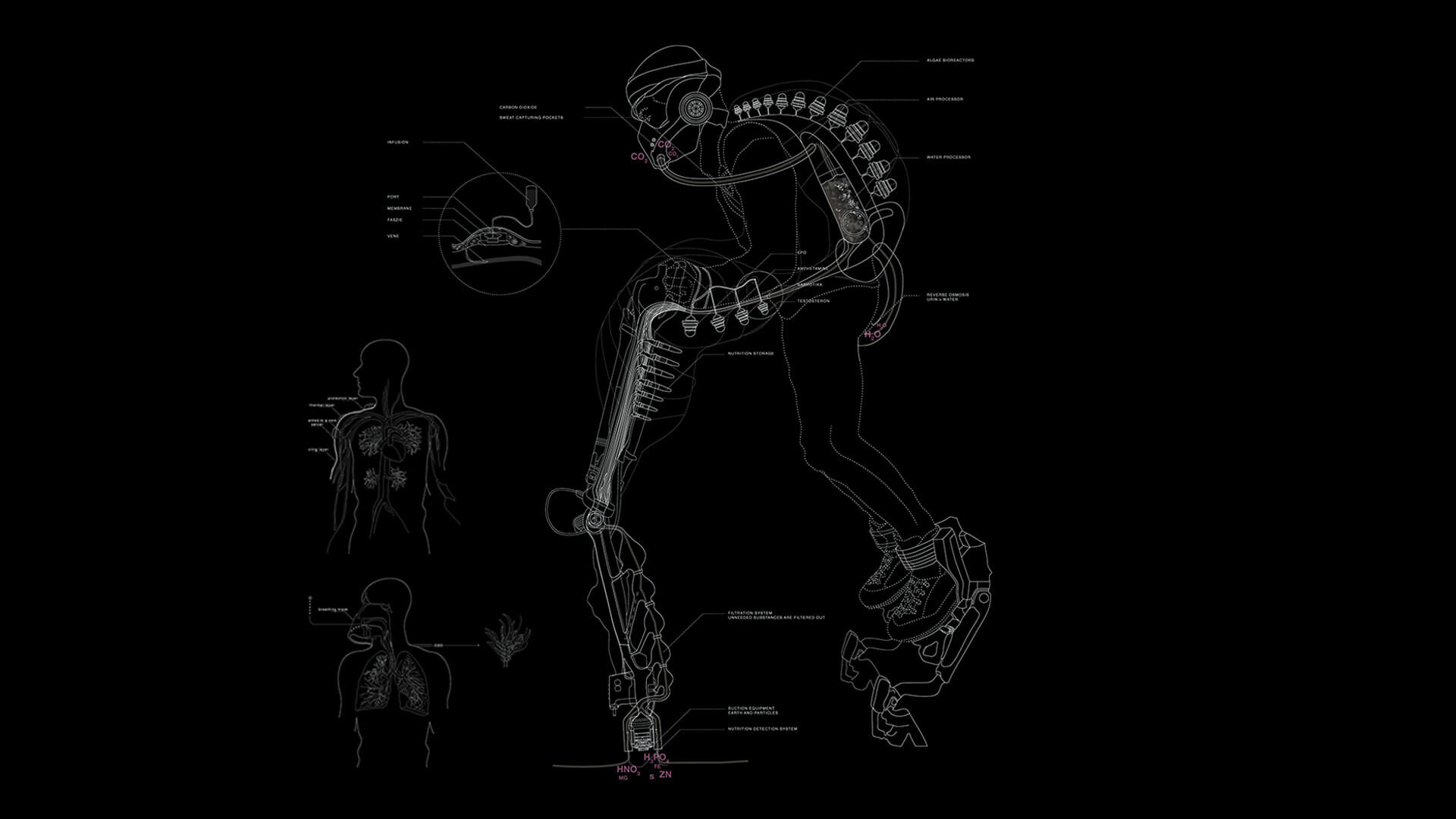 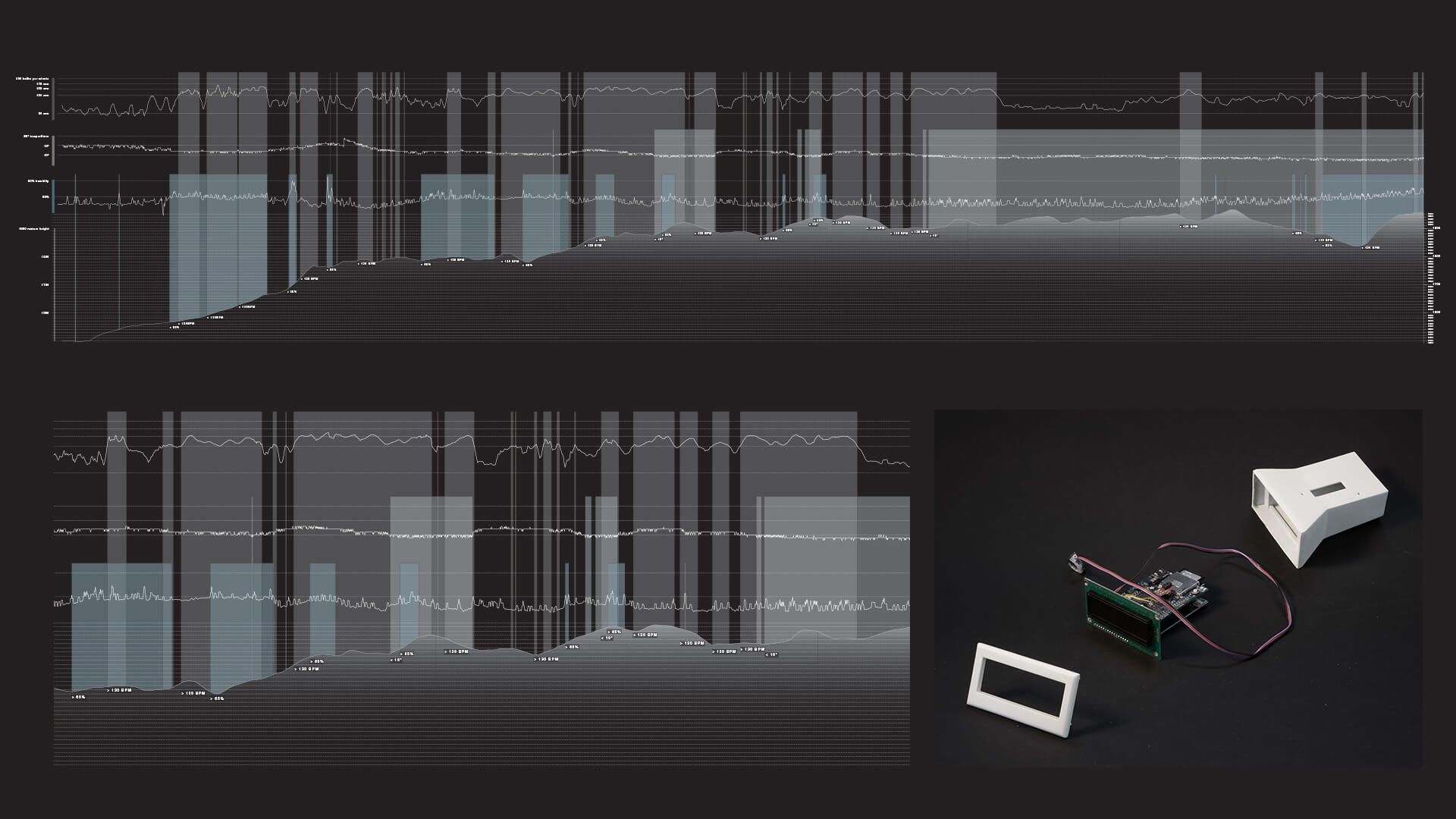 Inner bodily functions were explored by trying to capture Angelo Mosso’s idea of the nervous line with modern technology. The open source of Arduino represented the future of a technology, which grows because of the elimination of borders and the idea of a democratization of science.

A three-week long hike in the mountains allowed a test a tool to cartograph a physical landscape through inner bodily functions. The resulting map shows the “Dolomitenweg Nr. 7” mapped with two Arduinos. One was used to save GPS data and one observed nature and the body at the same time.The perception of the environment depends on the physical condition. The more we labour our body and the more dangerous the situation is, the more we concentrate on our body and the stable position on the rock. Observation platforms are resting spots. The pulse drops and the perception shifts from inner body concerns to the surrounding landscape. Most of the time the view lies on the ground so as to analyze the current position and to be aware of close trip hazards. Every 10th second (according to Humpert K., Lauf-Spuren, 2007) we orient the view towards the front to correct the direction we are heading in.