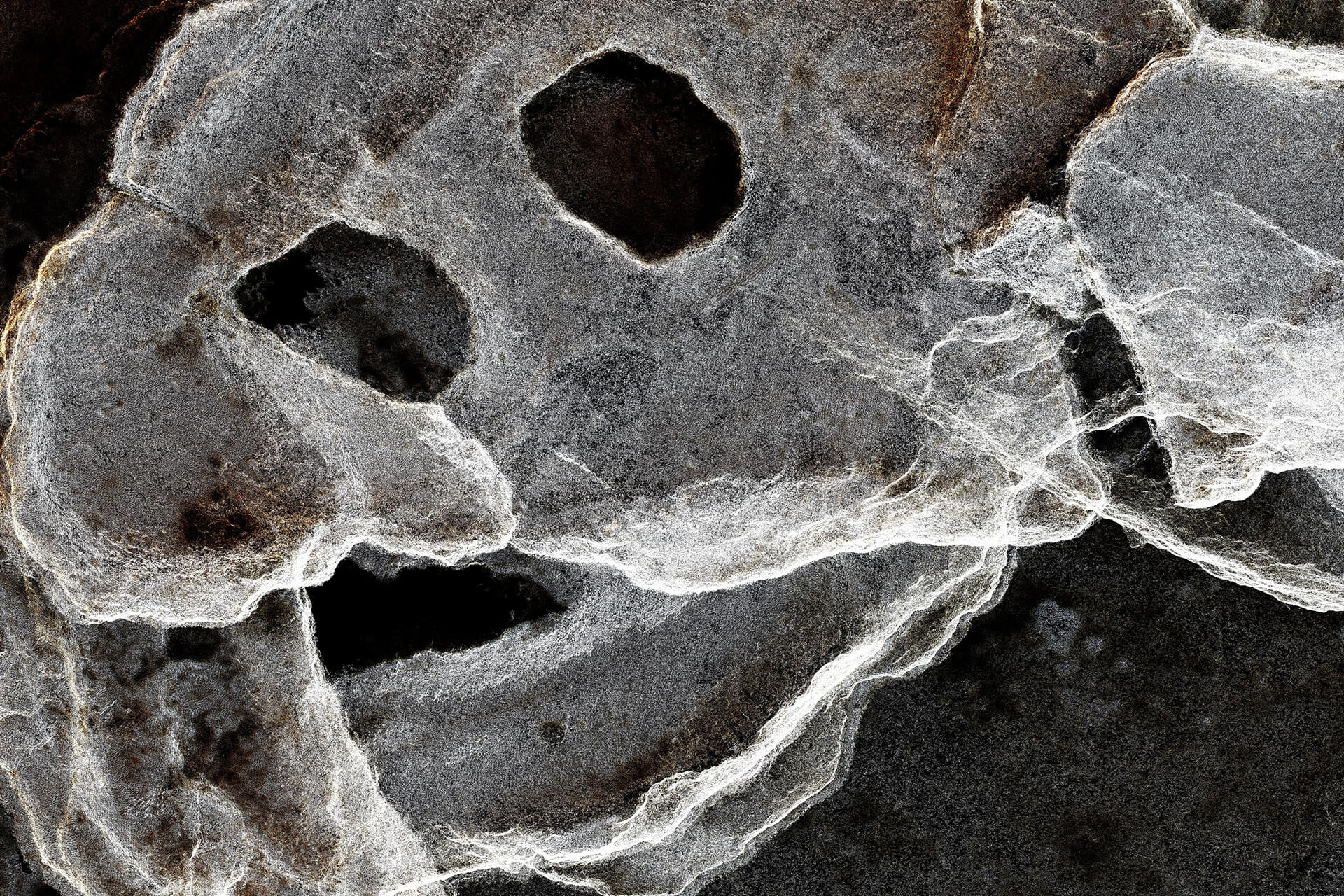 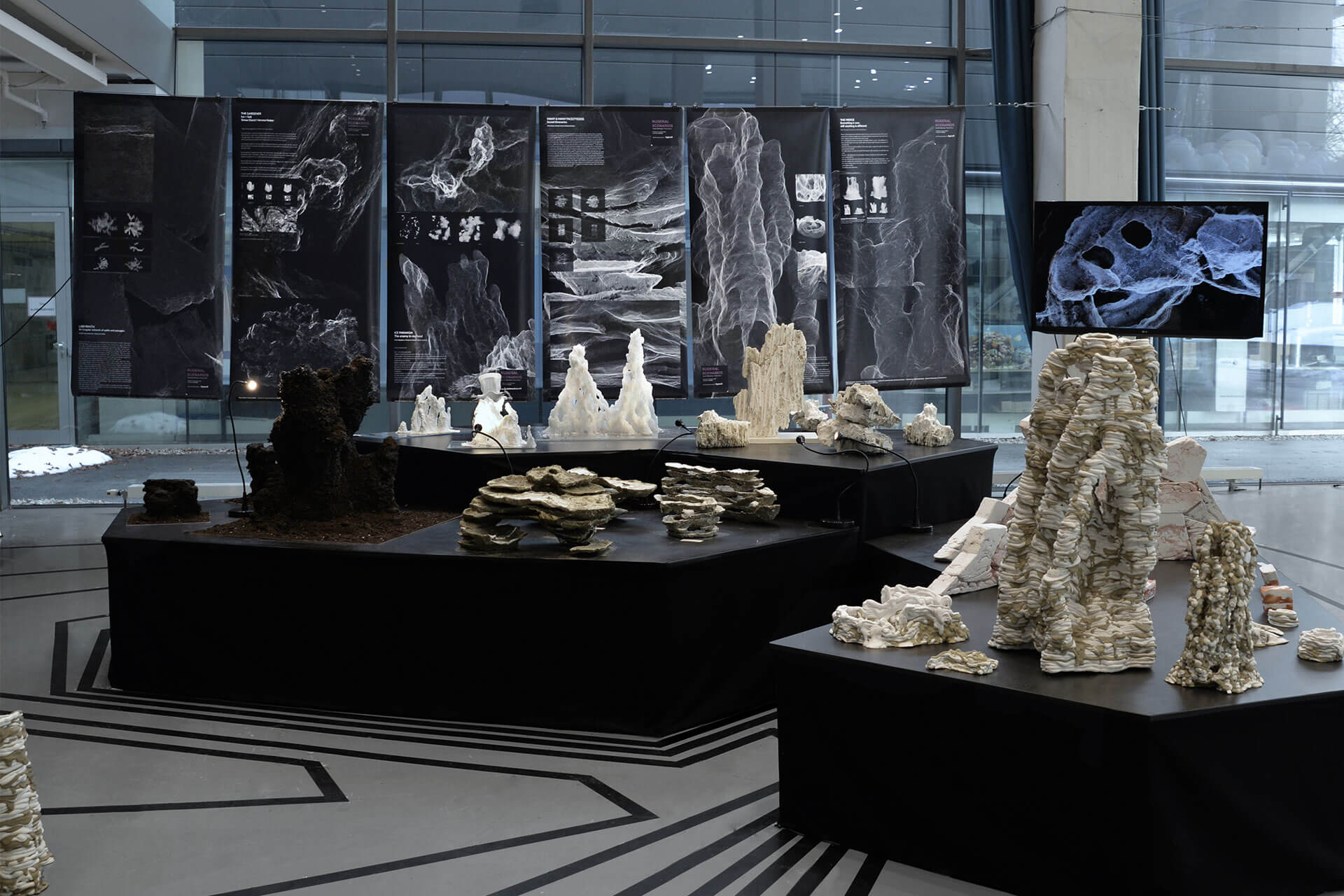 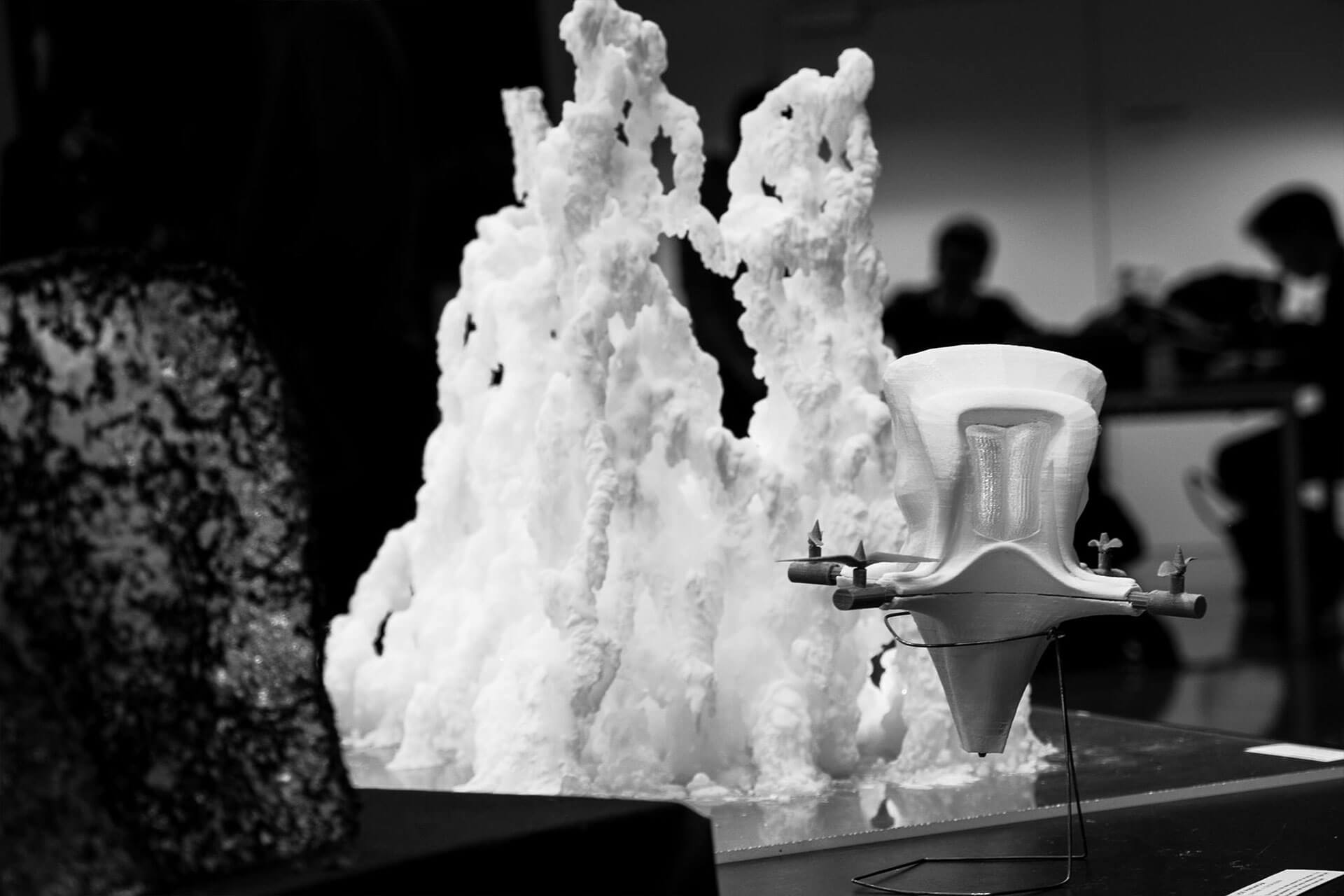 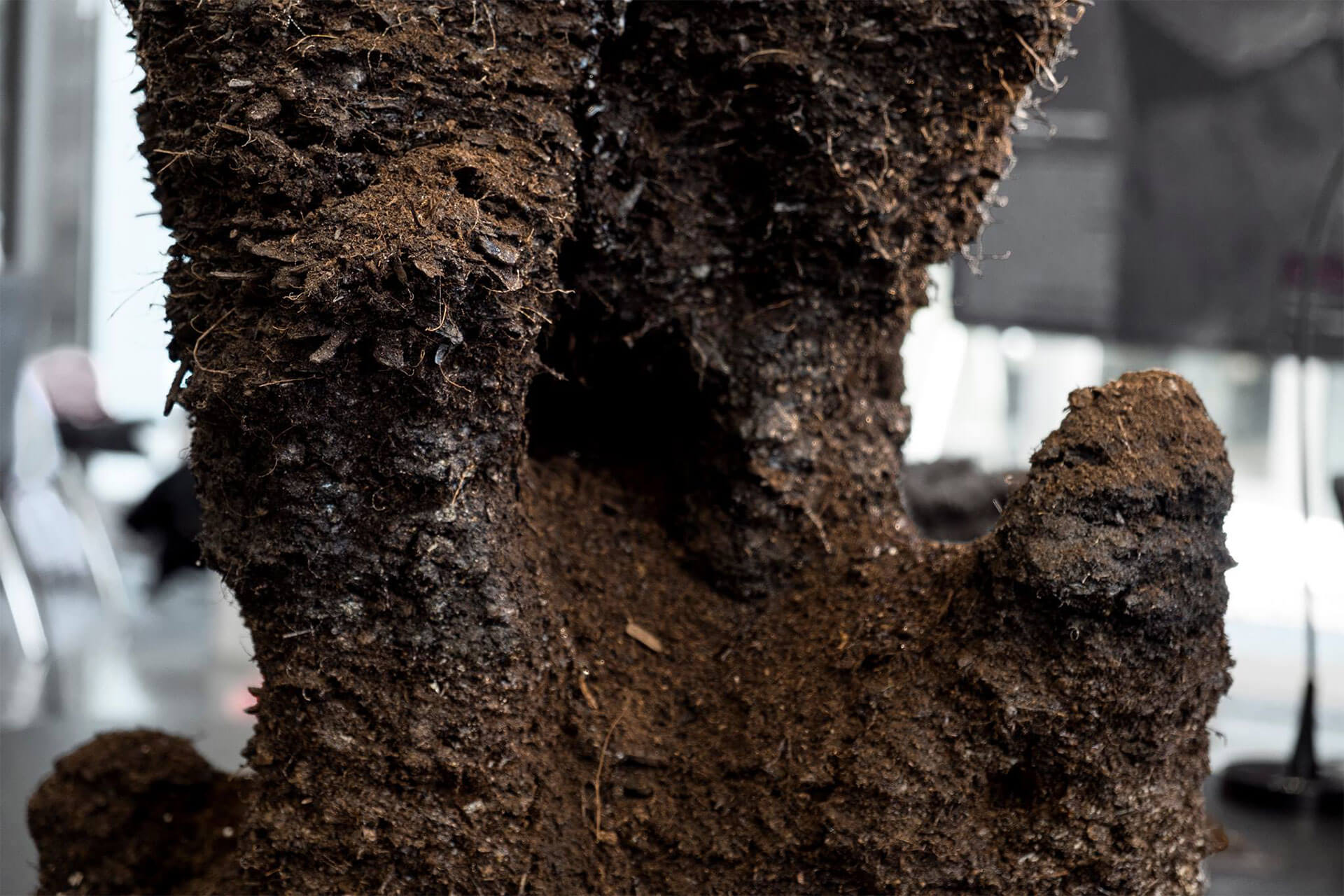 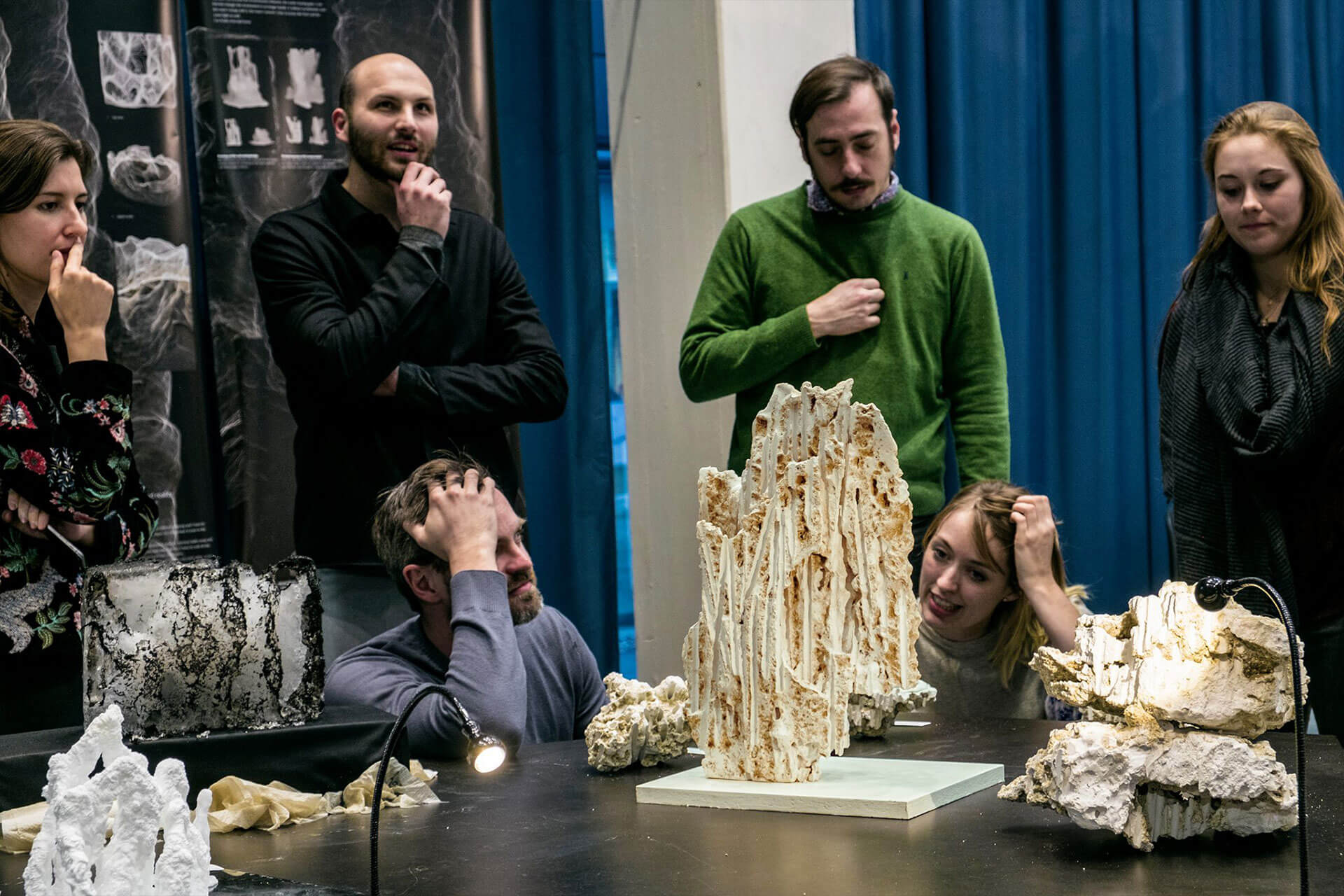 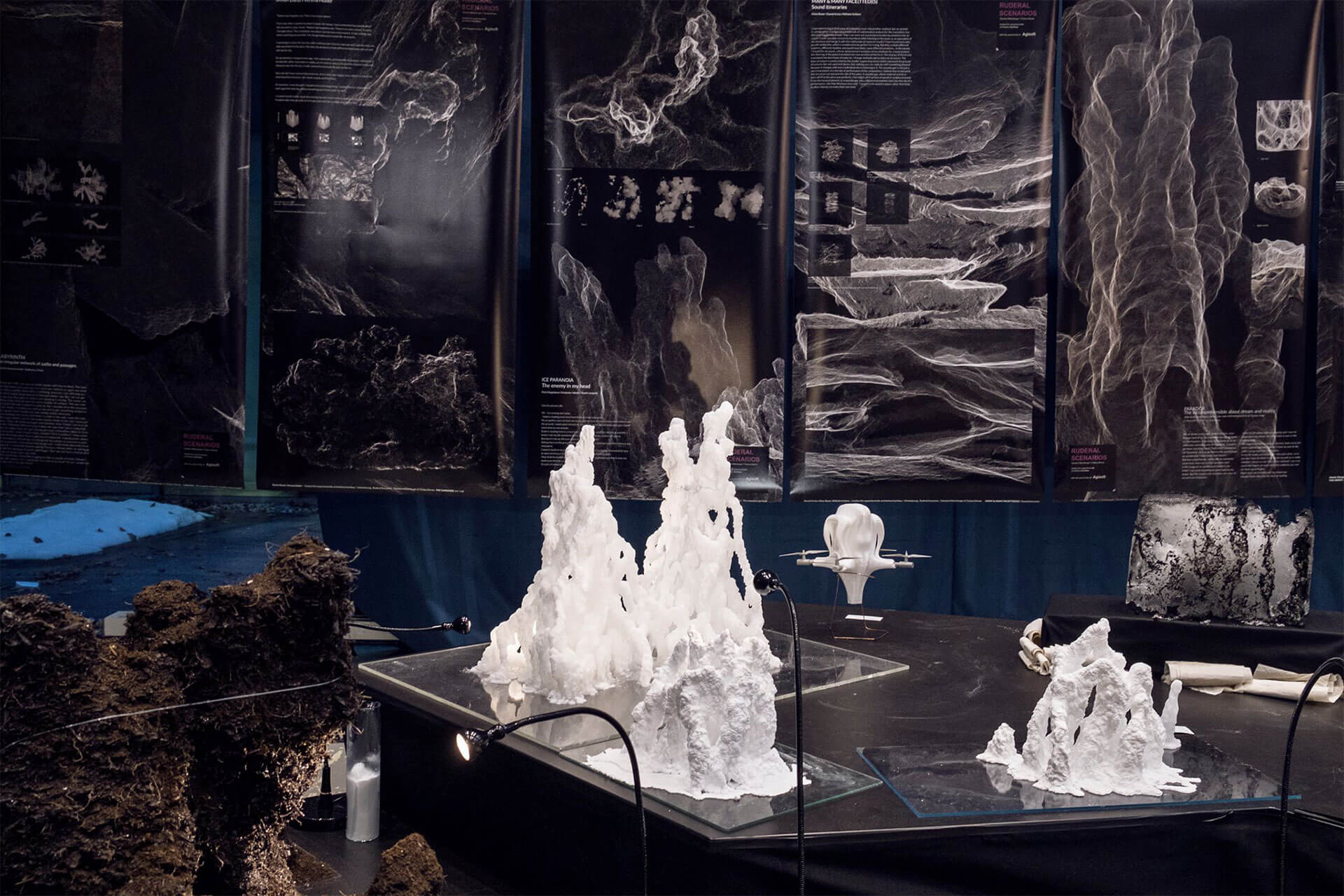 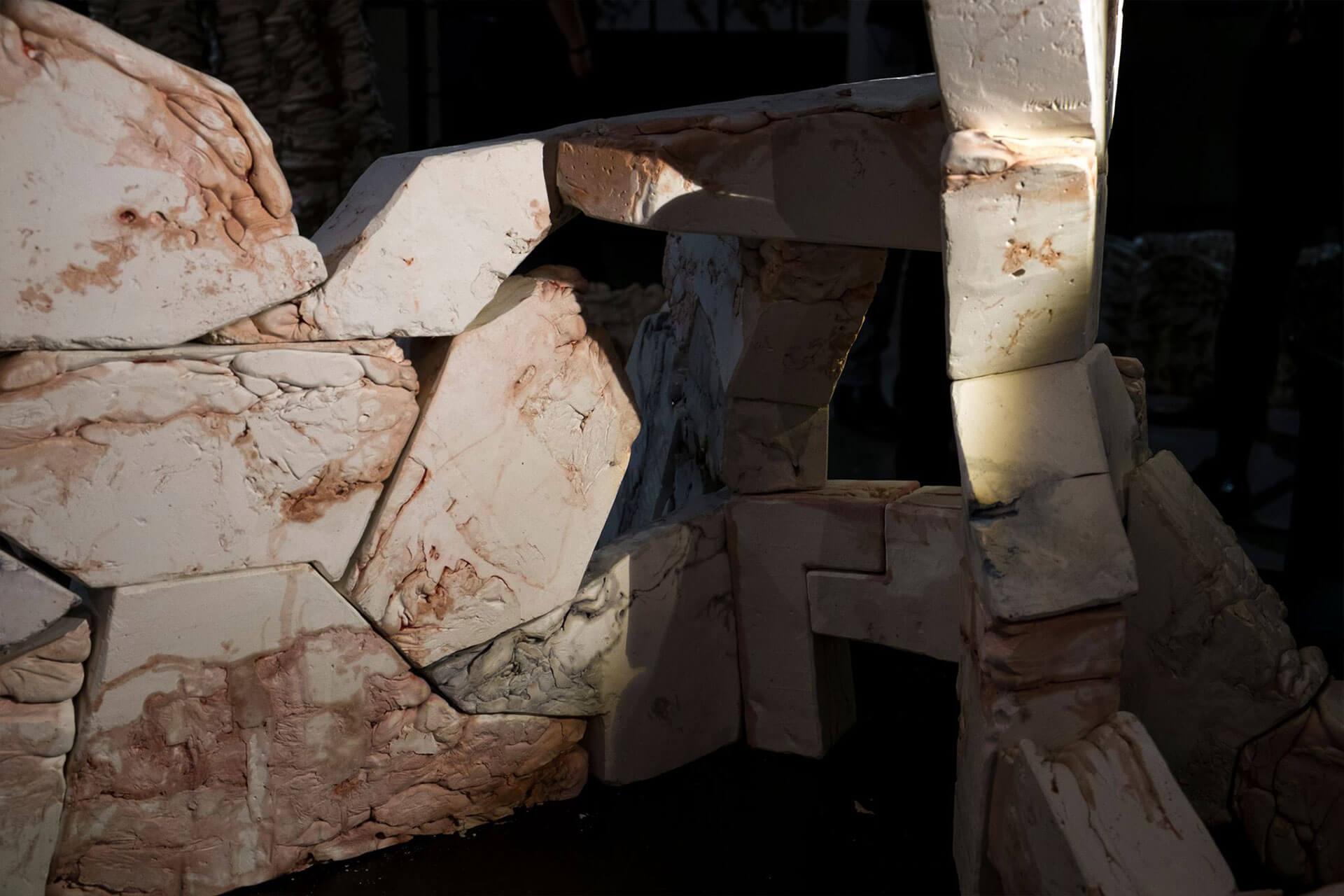 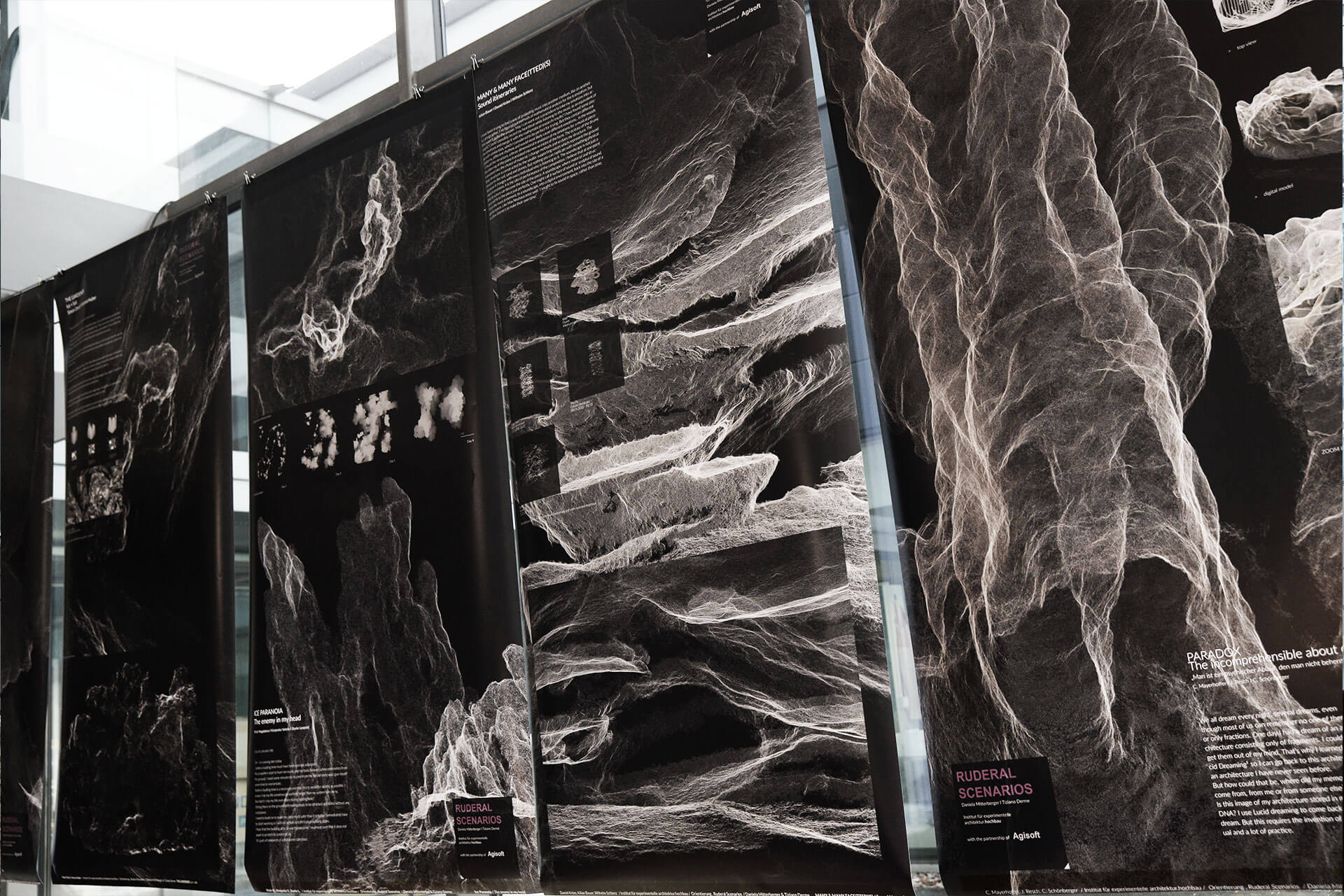 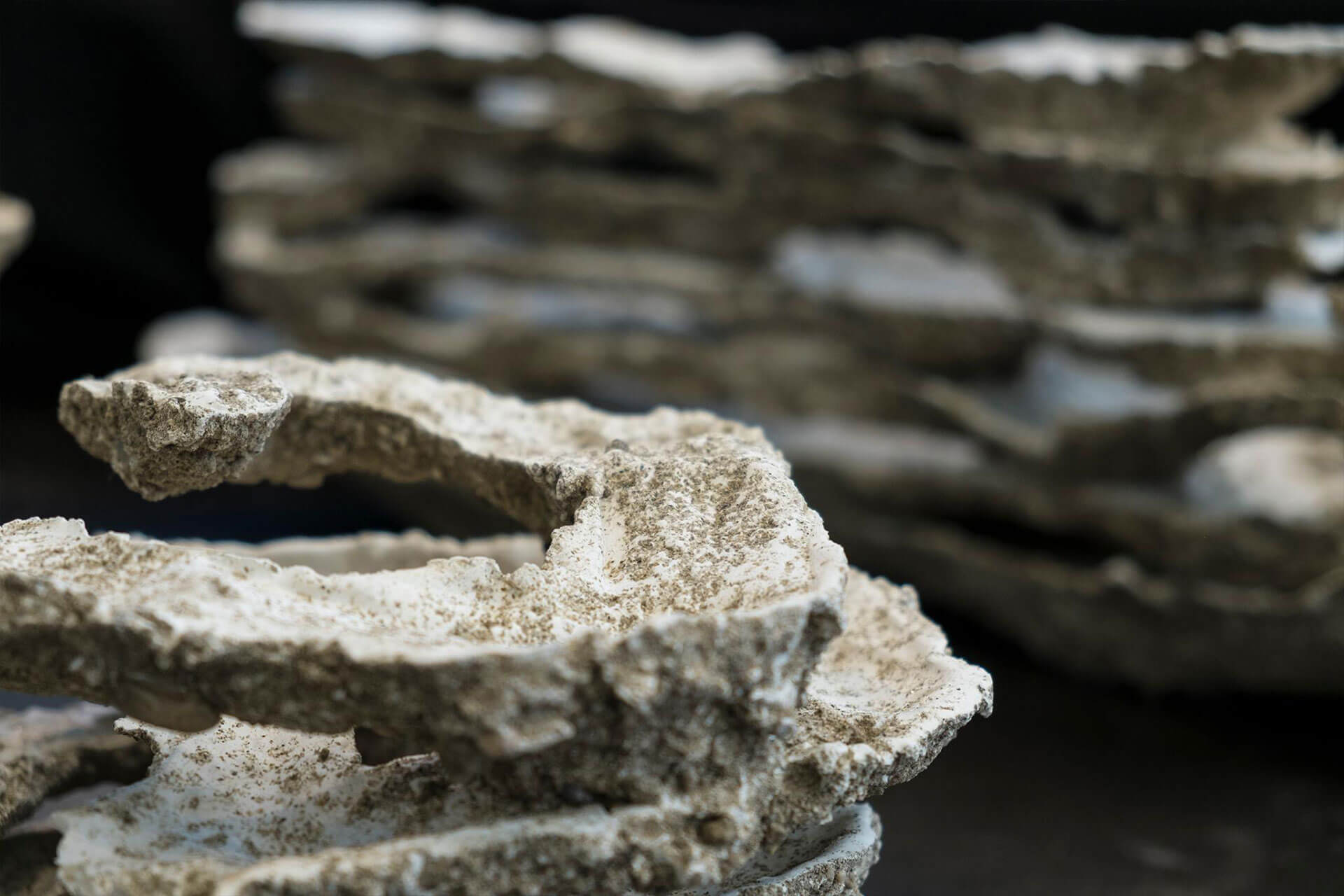 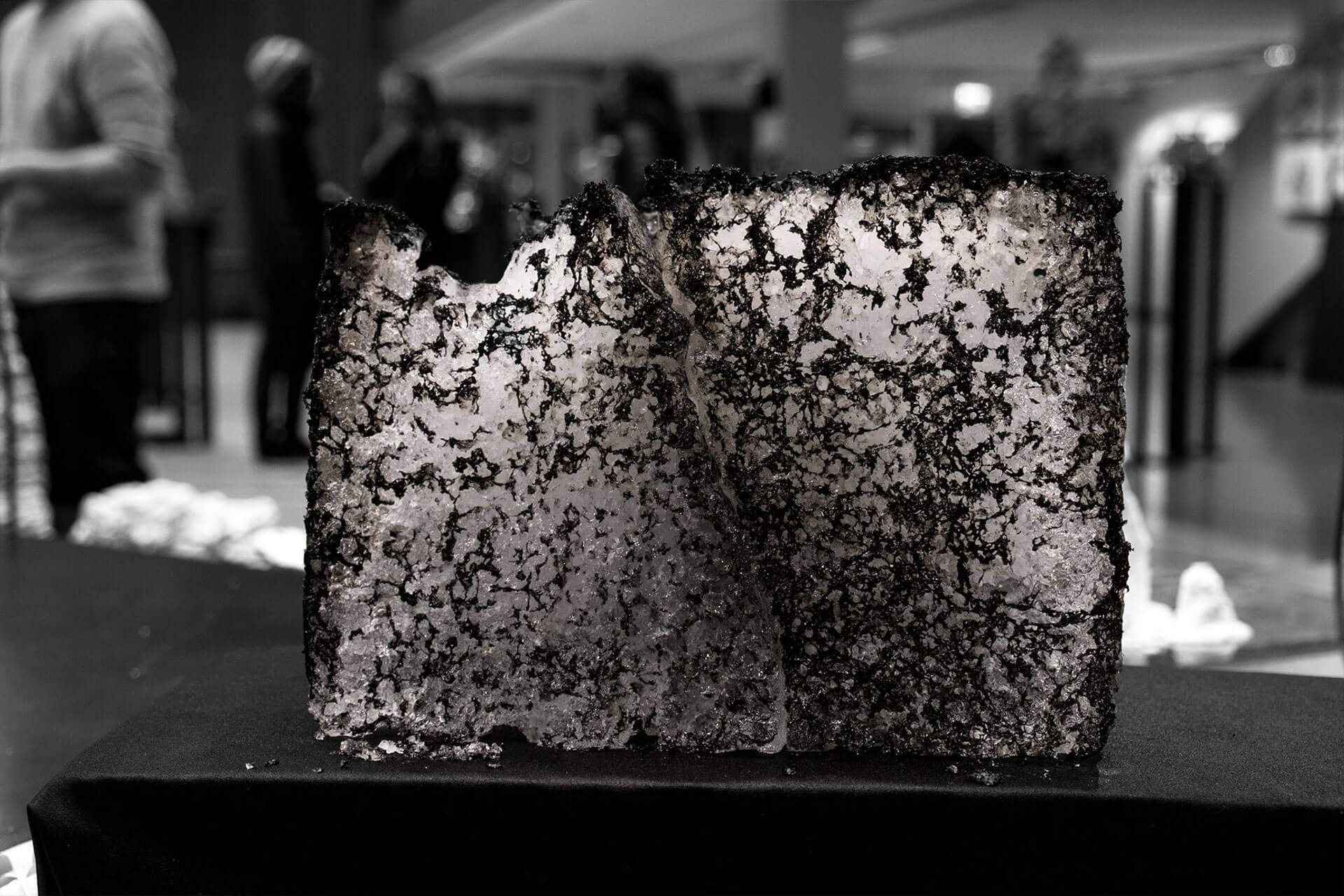 on specific topics such as form, scale, experience, technology, media and communication.

The course positions itself in opposition to Innsbruck’s physical context- the alpine environment.

Specific focus will be given to processes of sedimentation, erosion and geological

formations where ma􀂂 er emerges from a system of forces. Through a series of excursions

spatial niche / niːʃ,nɪtʃ/. The word niche is a word borrowed from the French “niche” and la􀦞 n

“nidus“ which means “make a nest”. In architectural terms it can mean spatial expressions

such as cavities, hollows, recess, within the thickness of a wall, for a character, a species or

a statue. In ecology the word describes a function within an ecological system to which an

a character inhabiting the space. Students will deal with topics such as spatial experiences,

materials, environment and scale as well as with topics such as materials, ergonomics,

The concept of “Ruderal Scenarios” is used for habitations that emerge in places that have been neglected by people, in harsh

environments like on rubble, ruins and barren lands, all places that were originally not designated as a mankind intervention

in nature. These environments are implemented and brought from outside, but their adaptability to different locations makes

them become a phenomenon in evolutionary terms. These “wild” architectures are placed in a stone-like landscape that

cannot be localized, including traces of civilization trash. The course examines the archaeology of everyday, traces of historical

layers and inter-causalities of nature and civilization.